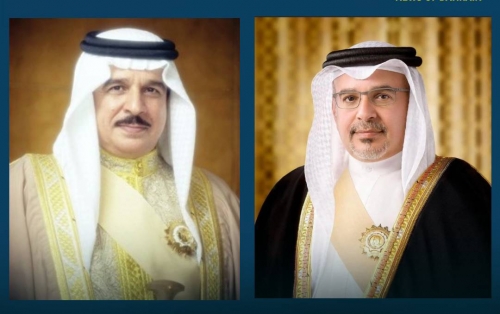 Bahrain’s royal leadership has always been committed to bringing peace and combating extremism and terrorism as means to achieve a safer and prosperous world for all.

He made the statement on the occasion of the International Day of Peace, which is observed around the world today, or on September 21 of each year. The Kingdom once again joins the global community in celebrating this year’s event under the theme “End racism. Build peace.”

Dr Al Zayani expressed his pride in celebrating the occasion, which comes within the framework of Bahrain’s adherence to its human values and peaceful coexistence as well as its diplomatic initiatives calling for peace, international cooperation and mutual understanding.

The Minister affirmed the Kingdom’s commitment under the leadership of His Majesty King Hamad, and the directives of the Government headed by His Royal Highness Prince Salman bin Hamad Al Khalifa, the Crown Prince and Prime Minister, to allocate peace as a firm strategic pillar in the country’s foreign policy, placing it at the forefront of its priorities.

He noted Team Bahrain’s efforts in combatting COVID-19, led by HRH the Crown Prince and Prime Minister, and the success it witnessed in overcoming its economic and social repercussions, which further ensured the rights of all citizens and residents without discrimination, and promoted coexistence amongst all.

Dr Al Zayani commended the ministry’s diplomatic and administrative staff for representing Bahrain in various international forums, stressing the Kingdom’s keenness, within the framework of the National Human Rights Plan (2022-2026), to continue its pioneering achievements in consolidating the values of tolerance and peaceful coexistence between cultures and religions and supporting the goals of sustainable development.