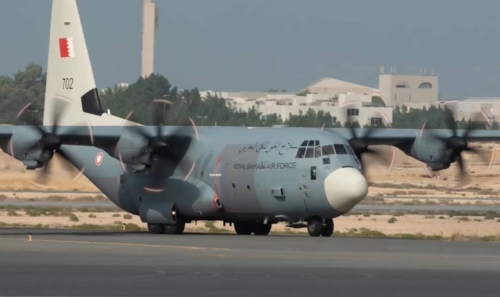 Bahrain is participating in the Royal International Air Tattoo, billed as "the greatest show on Earth and in the air" for the first time, announced RIAT 2022.

RIAT said Bahrain is sending its C-130J Hercules aircraft for a static display at the show held from July 15 to 17.

"Bahrain sending an aircraft for the first time! One of their C-130J Hercules aircraft will be coming to the Air Tattoo for static display, and we are very excited to welcome them to RAF Fairford next week," RIAT said in a statement.