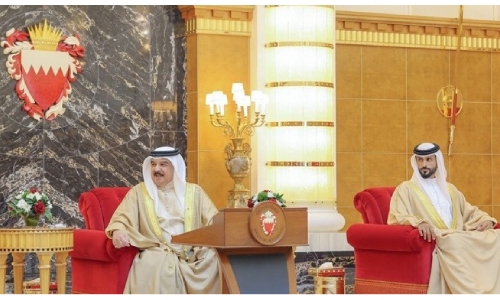 His Majesty King Hamad bin Isa Al Khalifa has affirmed his keenness to consolidate the independence of the judiciary, as well as support the judicial branch and provide it with qualified competencies, given the major role it plays in preserving rights and enhancing the security and stability of the Bahraini society.

HM the King expressed pride in the deep-rooted history of the kingdom’s judiciary, as well as in the pioneering achievements it continues to attain, being essential for achieving the aspired for justice. 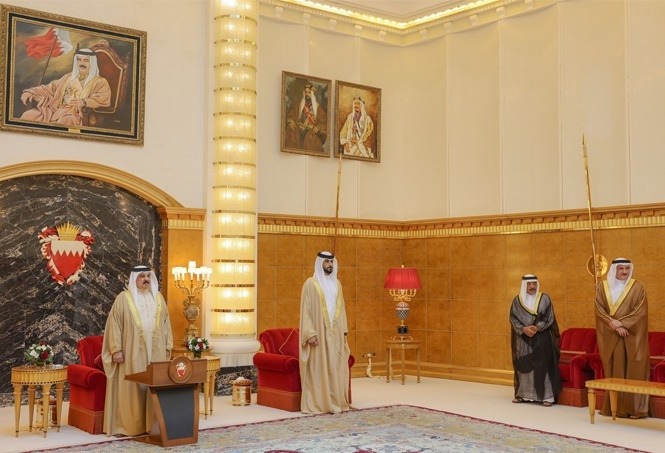 HM the King congratulated Shaikh Khalid bin Ali bin Abdulla Al Khalifa and Chancellor Abdulla bin Hassan Ahmed Al-Buainain on their new posts, wishing them every success in serving the nation and the citizens, as well in undertaking the tasks entrusted to them.

HM the King also thanked them for the valuable contributions they had made while holding their previous posts, as well as for their services to the Bahraini judiciary.

HM the King commended the dedicated efforts exerted by the members of the judicial branch in the kingdom to protect and preserve the rights of the citizens and residents by defending them, by the Law and the Constitution.

HM King Hamad praised the constant development of the judicial branch in its legislative structure, stressing Bahrain’s unwavering keenness to develop its various institutions to keep pace with all changes while enhancing the efficiency of the judicial system and consolidating the rule of the law.

HM the King affirmed that the comprehensive development process will continue thanks to the solidarity of the three branches and their cooperation to bring about more national achievements and gains.