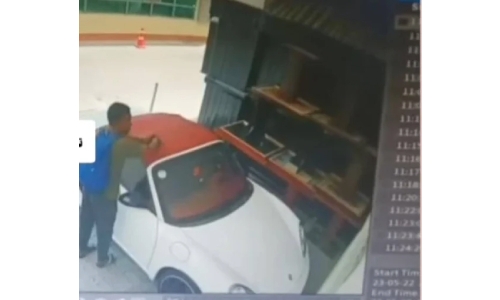 Police yesterday arrested a 36-year-old suspect who broke into a car by cutting through the roof and fleeing after stealing valuables and money from the vehicle.

The man, police said, caused costly damages to the car during his attempt to steal.

The vehicle’s owner had also reported losing more than BD1,000 from the car.

The Capital Police Directorate said the incident occurred on the 23rd of May 2022.

Soon after registering a case, police had also started investigating.

CCTV footage and other evidence from the crime scene, the police said, helped them identify and arrest the suspect.

Police said they arrested the suspect amidst an investigation into another crime committed by the same suspect.

The public Prosecution is pursuing necessary legal action against the suspect.

WHO says monkeypox not currently a global health emergency