Promoting health and well-being | THE DAILY TRIBUNE | KINGDOM OF BAHRAIN 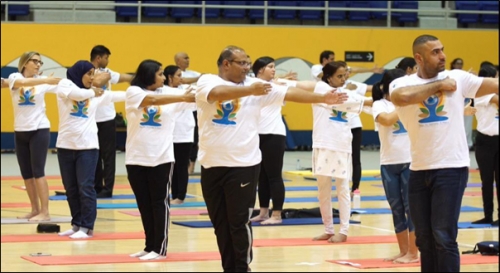 The Embassy of India in the Kingdom of Bahrain celebrated the International Day of Yoga (IDY) this year with two events on 21 June as part of the “Global Yoga Ring” which envisaged the live telecast of yoga sessions, progressively from East to West across the world.

The events were the culmination of more than 30 activities throughout the month of June to celebrate yoga. The first event on was simultaneous morning yoga protocol and exercises which were held in seven schools in Bahrain, with the participation of more than 700 students from various nationalities.

H.E. Shri Piyush Srivastava, the Ambassador of India to Bahrain, participated in the Global Yoga Ring from the Indian School, Bahrain. This was followed by the main yoga session at the Isa Sports City in association with Ministry of Youth and Sports and National Health Regularly Authority, Kingdom of Bahrain. 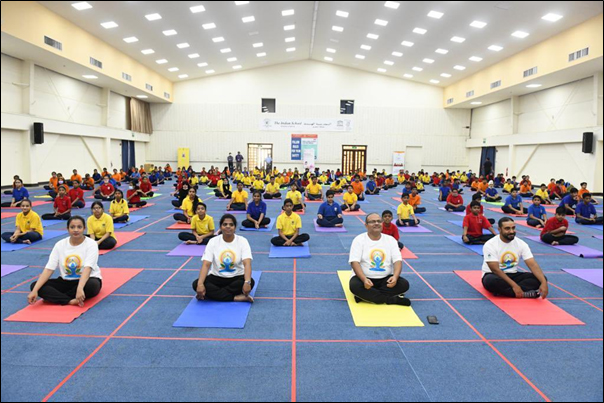 It was attended by around 400 yoga enthusiasts including practitioners, members of the diplomatic corps, representatives from Indian associations, and members of Indian and Bahraini community. The winners of the online quiz conducted by Bahrain Chapter Institute of Chartered Accountant India and the eightday yoga challenge conducted by Indian Ladies Association were also honoured during the session.

The celebration of IDY 2022 kick-started with a curtain raiser event on 3 June, with the participation of around 100 yoga enthusiasts and teachers from across Bahrain, followed by a bicycle rally to Bahrain fort. 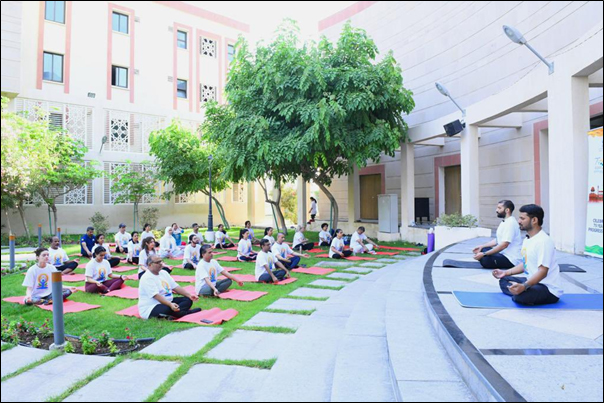 In partnership with Art of Living (AOL), Bahrain India Culture & Arts Services (BICAS) and Bahrain Chapter of Institute of Chartered Accountants of India (BCICAI), the Embassy also held more than 30 events in less than three weeks from the curtain raiser to International Day of Yoga.

The yoga campaign in Bahrain this year has stood out with its diverse engagements ranging from schools to organisations to clubs. A special session for specially abled (divyang) children and yoga quiz for more than 350 students from different schools in Bahrain were the highlights. All the events have received enthusiastic response from Indian and Bahraini community members, yoga enthusiasts and children.