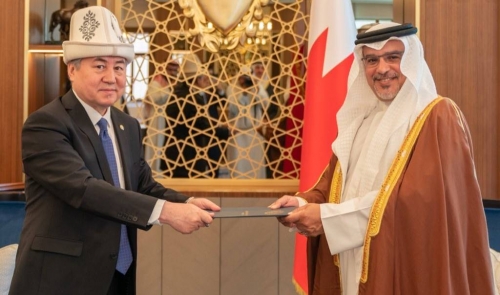 HRH Prince Salman yesterday met with the Minister of Foreign Affairs of the Kyrgyz Republic, His Excellency Zheenbek Kulubaev Moldokanovich, at Gudaibiya Palace.

HRH the Crown Prince and Prime Minister was presented with a hand-written letter addressed to HM the King from President Japarov.

The Foreign Minister expressed his gratitude for the opportunity to meet with HRH the Deputy King, and for His Royal Highness’s continued support on furthering cooperation and relations between the two countries.