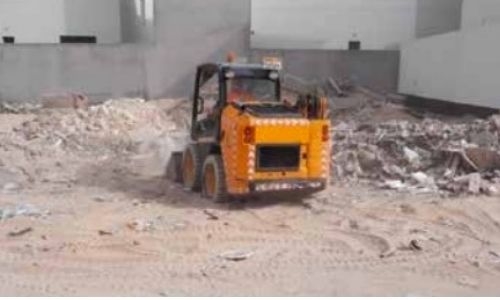 Northern Municipality announced starting the removal of construction waste and debris from complex 1038 in the Sadad area. The municipality said they started soon after receiving a complaint on the issue through the National Suggestion & Complaint system Tawasul.

Municipal officials said they have organised a campaign to remove waste materials from the area and monitor violations. “We had previously cleaned the same site, but some contractors and developers failed to comply with the regulations causing waste materials to pile up again,” said the municipality.

In this regard, the municipality called on contractors to adhere strictly to laws and warned against dumping construction waste in open yards, causing serious harm to the environment and residents in the area.