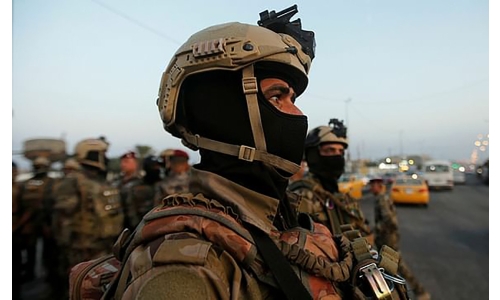 Bahrain yesterday strongly condemned the deadly attacks by the Islamic State militants on the Iraqi military headquarters in Diyala, which claimed the lives of 11 Iraqi soldiers.

The attacks, the foreign ministry said, are “cowardly” and “contravene all international laws.” The international community should come forward to “condemn these heinous terrorist acts,” the statement said, also affirming solidarity with the Iraqi government in the measures it takes to maintain security and stability.

Islamic State claimed responsibility for the attack on its affiliated Telegram channels. Meanwhile, Kurdish-led forces in Syria killed 23 Islamic State militants, including foreigners, in clashes after the jihadist group attacked a prison in the northeastern city of Hasaka on Thursday, a military source in the Kurdish-led forces said.

The SDF military source said the attack on the prison coincided with Islamic State attacks in Iraq and what he described as movements by the militant group in the eastern Syrian province of Deir al-Zor. “Islamic State is trying to impose its control on the area and to revive its organisation once again,” the source said.

“Seven members of the Kurdish-led Syrian Democratic Forces (SDF) and an allied security force called the Asayish were killed in the attack,” the SDF military source said yesterday.