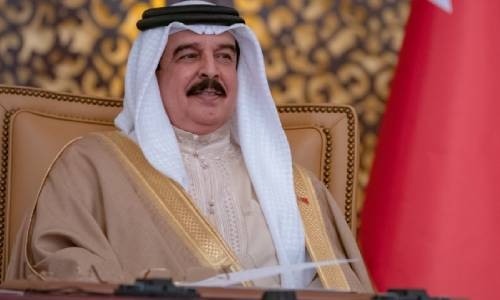 His Majesty King Hamad bin Isa Al Khalifa will officially inaugurate the largest Catholic church in the Gulf region – the Our Lady of Arabia Cathedral – at 11am today, a day before it will be consecrated in front of a small congregation.

Located in Awali, the arkshaped structure will be able to accommodate 2,300 worshippers and is intended to serve as a reference point for the Apostolic Vicariate of Northern Arabia, which includes Bahrain, Kuwait, Qatar and, formally, Saudi Arabia.

Present in the solemn inauguration ceremony are His Eminence Cardinal Luis Antonio Tagle, Prefect of the Congregation for the Evangelisation of Peoples, and His Excellency Archbishop Eugene M. Nugent, Apostolic Nuncio to Kuwait and Apostolic Nuncio in the Kingdom of Bahrain.

The entire community of northern Arabia is currently headed by Cardinal Tagle following the death in April last year of Bishop Camillo Ballin, Apostolic Vicar for Northern Arabia, who was the driving force behind the project.

Unfortunately, due to existing coronavirus (COVID-19) restrictions, only a small number of people will be allowed to attend the inaugural ceremony and consecration. Vatican statistics estimate that Christians make up ten per cent of the Kingdom’s population, including around 80,000 Catholics, most of whom are migrant workers from India and the Philippines.

Royal donation The Our Lady of Arabia Cathedral was built on 9,000 square metres plot of land that was given as donation eight years ago, in February 2013, by HM King Hamad to the local Catholic community.

It is part of a complex of around 95,000 square feet in Awali, a small municipality in the centre of the country, which has a population of 1.7 million people. Aside from the cathedral, the palm tree-lined complex features a multi-purpose building, a courtyard, and a two-story parking area.

The cathedral’s altar, baptistery, pews and other furnishings are crafted in Italy. The cathedral is topped with an octagonal dome, a deeply symbolic geometric detail that can be seen in a number of churches around the world such as the Basilica of San Vitale in Ravenna, Italy, and Germany’s Aachen Cathedral. 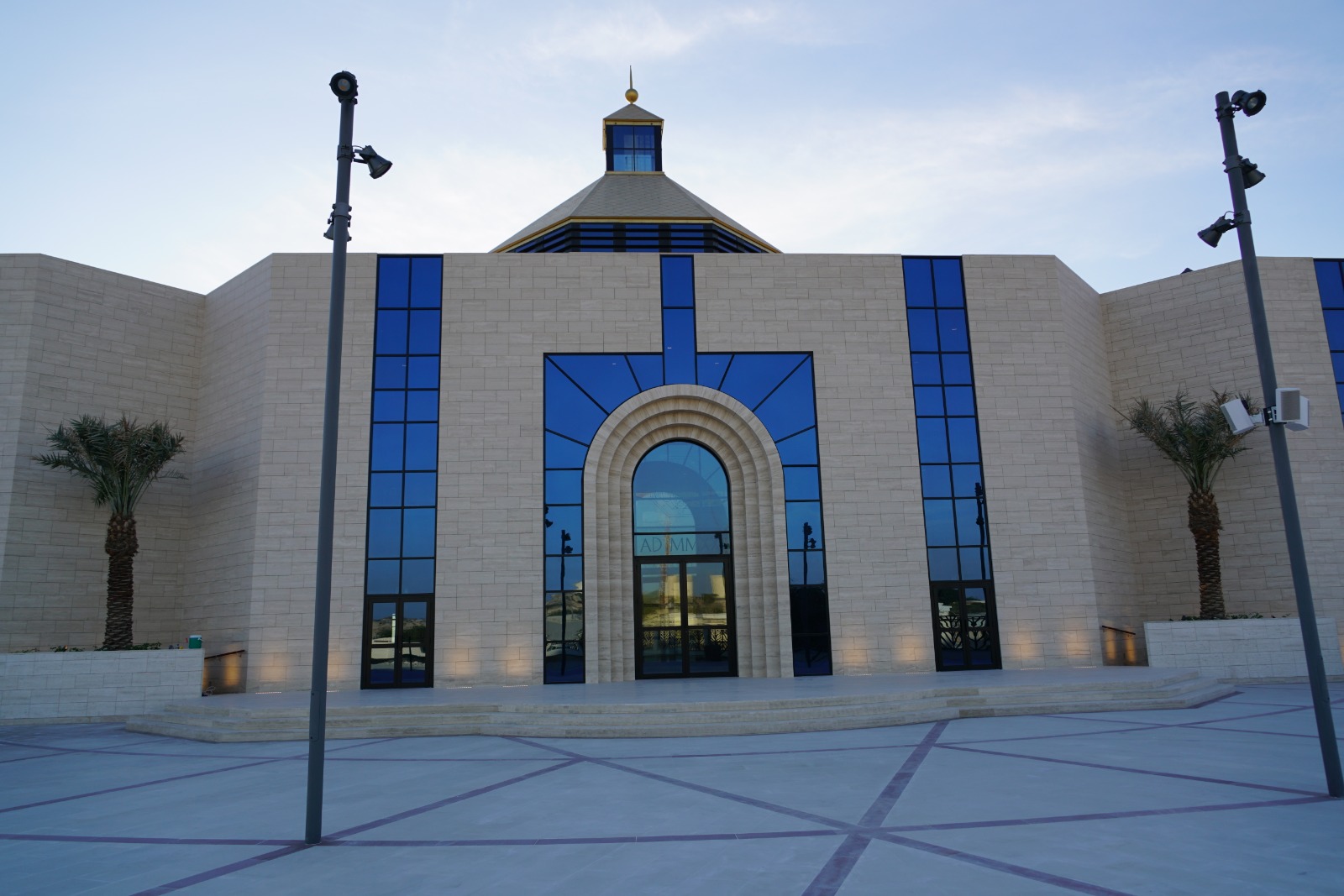 HM the King personally presented a detailed three-foot-long model of the cathedral to Pope Francis in 2014. In 2011, the Vatican officially proclaimed Our Lady of Arabia as the Catholic patron saint of the vicariates of Kuwait and Arabia.

Later that year, the Holy See reorganised the Vicariate of Kuwait, giving it the new name of the Apostolic Vicariate of Northern Arabia, and including the territories of Qatar, Bahrain and Saudi Arabia. 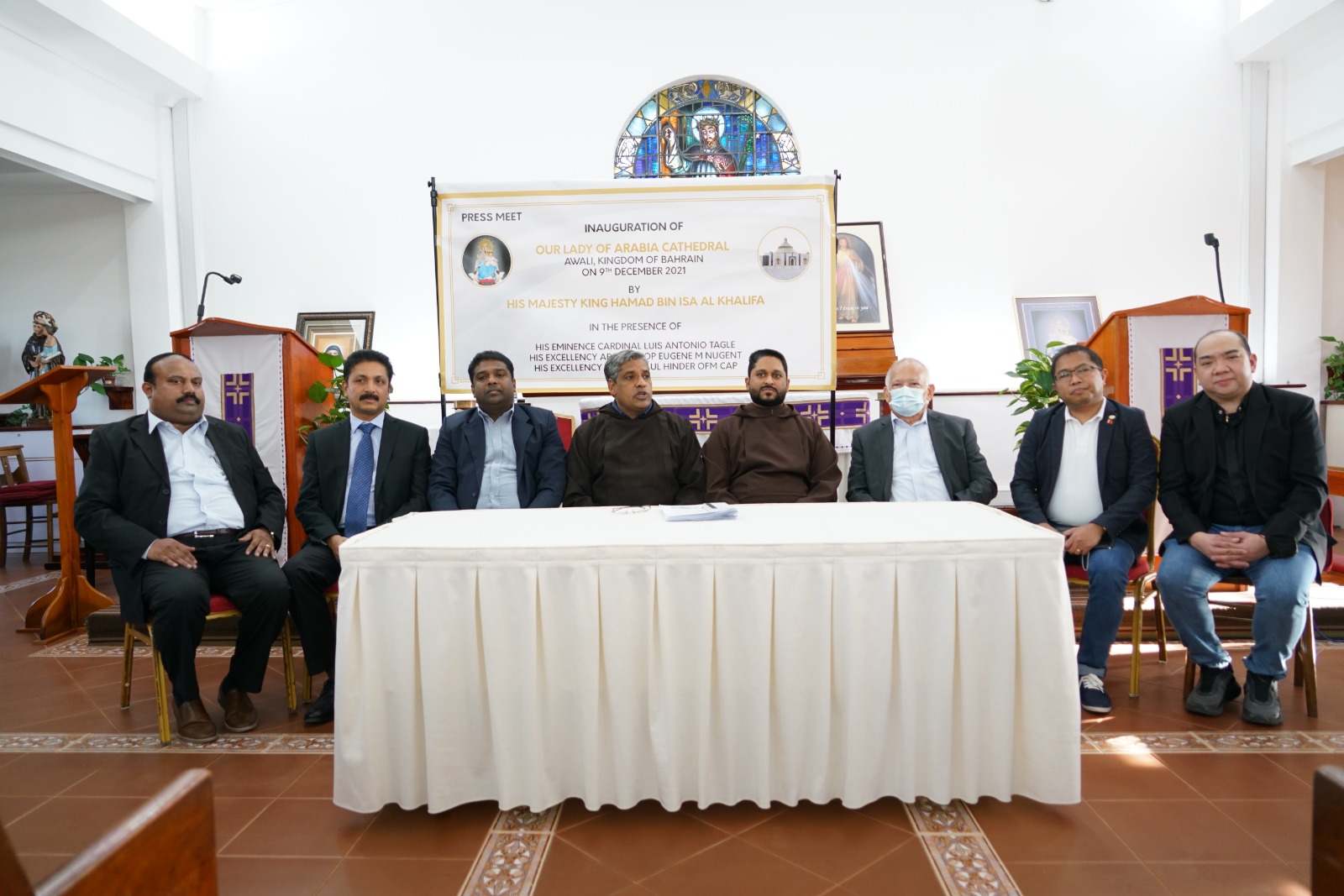