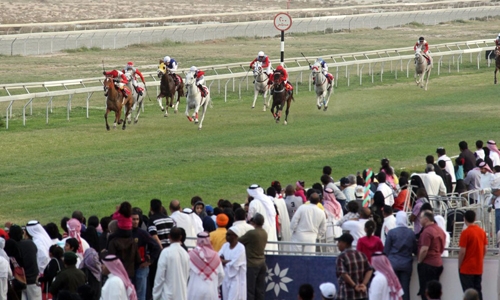 A Bahraini execution court ordered a Bahraini man to pay a compensation of BD7,340 to another for assaulting and causing him permanent disability at the Rashid Equestrian and Horse Racing Club.

The court also ordered to seize the Bahrain man’s property as collateral to compel him to pay the compensation. The judgement is as per Article 275 of the Civil and Commercial Procedures Law, which authorises confiscation of debtor’s movables equal to the claim amount.

The court also authorised forced entry to the property in the presence of police, if necessary. The High Criminal Court also awarded the Bahraini man a one-year deferred imposition of sentence for three years.

The accused challenged the jail term but got rejected. Court files say the incident leading to the case took place at the Rashid Equestrian and Horse Racing Club. The first and second defendants own horse stables and frequently visit the club.

Following an altercation on the 26th of December 2019, both the men got into a fistfight, throwing punches at each other. Police charged the Bahraini man with inflicting severe injuries to the second person causing him a permanent disability, estimated at 10%, unintentionally.