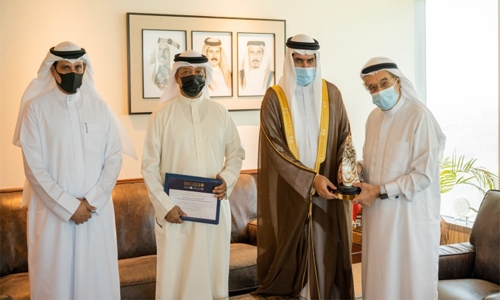 HH Shaikh Isa expressed his sincere appreciation for the outstanding and noble contributions made by the members of the national medical team, led by His Royal Highness Prince Salman bin Hamad Al Khalifa, the Crown Prince and Prime Minister, who stood as a great example in dealing with the pandemic regionally and internationally.

SCH President affirmed that the achievement was made with the directives of His Majesty King Hamad bin Isa Al Khalifa, the follow up of HRH the Crown Prince and Prime Minister and the cooperation of various governmental and private entities.

HH Shaikh Isa wished the team further achievements and continued success in confronting the pandemic and praised HM the King’s directives and HRH the Crown Prince and Prime Minister’s efforts.