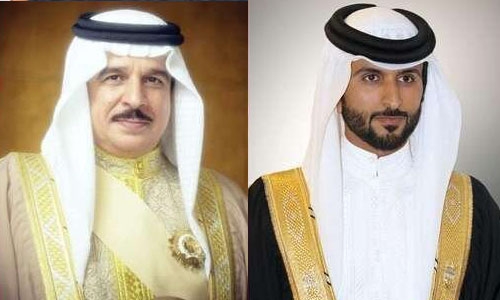 His Majesty King Hamad bin Isa Al Khalifa received cables of congratulations from senior government officials on the success of the Representative of HM the King for Humanitarian Work and Youth Affairs and Honorary President of Bahrain Royal Equestrian and Endurance Federation, His Highness Shaikh Nasser bin Hamad Al Khalifa, in winning the 120km race of the Spanish International Endurance Championship.

They praised the honourable achievement resulting from HM’s continuous encouragement and support to all the people of Bahrain and the attention HM gives to all sports activities.