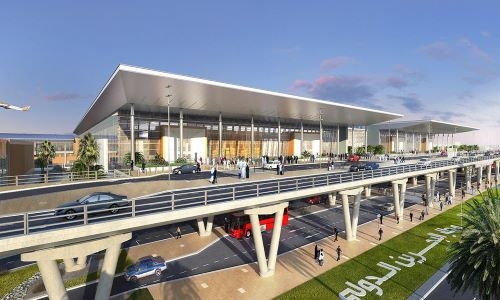 The Civil Aviation Affairs has announced that an update of the entry procedures via Bahrain International Airport will take effect on June 25th, 2021. The move is in line with the directives of the Executive Committee and the recommendation of the National Taskforce for Combating Coronavirus (Covid-19).

According to the new regulations, all passengers, vaccinated or unvaccinated, arriving in the Kingdom of Bahrain, aged 6 or above, have to present an approved (PCR) test certificate with a (QR Code) before boarding the plane. The test has to be undergone 48 hours before departure for passengers authorized to enter the kingdom and who are coming from countries on the red list. Passengers coming from countries not on the red list must undergo the PCR test 72 hours before departure.

According to the new update, all passengers from all countries must undergo the PCR test again upon arrival in the Kingdom of Bahrain and on the 10th day after arrival. The cost of the tests can be paid through the BeAware Bahrain application and the platforms at the airport that permits you to pay in cash or electronically by credit cards. It has also been decided to limit the issuance of visit visas upon arrival at Bahrain International Airport to those coming from the countries that are allowed to obtain them according to the procedures for visit visas to the Kingdom of Bahrain.

The Civil Aviation Affairs noted that the precautionary quarantine will continue to be applied for ten days for all travellers coming from the countries listed on the red list and all unvaccinated travellers aged 6 years and above. The precautionary quarantine can occur in the passengers’ homes or places designated for isolation licensed by the National Health Regulatory Authority (NHRA).