88,000 fined for not wearing face masks in Bahrain | THE DAILY TRIBUNE | KINGDOM OF BAHRAIN 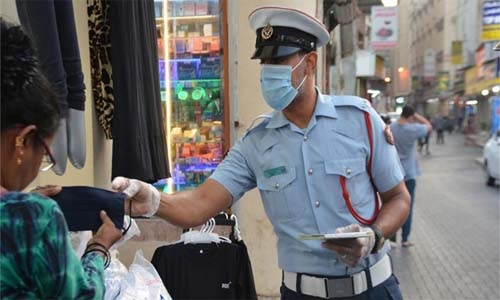 More than 88,000 people were fined for not wearing face masks since the start of the campaign to combat the spread of the coronavirus (COVID-19) last year until June 16.

According to figures released by the Interior Ministry, legal actions were taken against 10,360 people who failed to follow social distancing measure, while 12,056 awareness campaign were launched in the same period.

The Ministry also revealed that the National Ambulance Centre received 16,927 calls related to COVID-19 which were addressed by a qualified team.