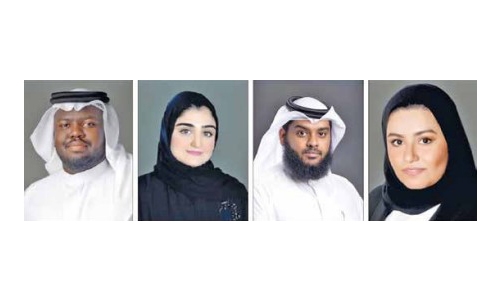 “I had the opportunity to work on three satellites, with one amongst them was in the final testing phase.”

These are the words of Aisha Al-Haram, a Space Data Analyst at Bahrain National Space Science Agency [NSSA]. She had this experience at the space laboratories of the Emirates Space Agency with four of her colleagues from NSSA.

Their mission took shape from a deal signed by NSSA with the Emirates Space Agency, Al Yah Satellite Communications Company and the Khalifa University of Science and Technology in Abu Dhabi to improve the skills of NSSA employees.

National Space Science Authority believes that such outings will eventually help the country master the art of satellite making and space technologies crucial for the Kingdom to earn its place in the lucrative space race.

When asked about her experiences at the space laboratories in the UAE, Al-Haram said, “I am benefitting greatly from this opportunity in boosting my practical skills, which would contribute to NSSA’s upcoming projects.”

She was also part of the DhabiSat, the second CubeSat designed and developed by Khalifa University students with Al Yah Satellite Company and Northrop Grumman. The satellite launched on the Northrop Grumman Antares rocket from Wallops Flight Facility in Virginia, US to the International Space Station (ISS) on 20 February 2021 will be deployed from the resupply spacecraft Cygnus NG-15 during its departure from the ISS.

Al-Haram said the satellite would reach its operational orbit by the end of this month. She also associated with preparing an integrated operational plan for the satellite and its control and navigational systems. The CubeSat will gather data for space research and capture high-resolution images from an altitude of 450 kilometres.

Al-Haram said she also had the opportunity to work on a third satellite. “I worked to design its operating system and contributed to the projects of undergraduate students in the development of a microsatellite attitude determination and control subsystem.” Al-Haram was also a member of the “Mission Concept Review” committee for space missions, besides handling other space science-related tasks at Yahsat Space Laboratories at Khalifa University.

She will be presenting a general summary of a set of future tasks that will be part of her work during the second half of this year. She will most probably be part of a space experts team for projects implemented by Khalifa University in cooperation with the National Center for Space Sciences at the UAE University and the Center Mohammed bin Rashid Space Agency and the Emirates Space Agency. Aerospace Engineers Yaqoub Al-Qassab, Ali Al Qaraan, Amina Al Balushi and Ashraf Khater are the others in UAE from NSSA. 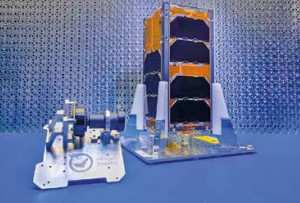 Yaqoub Al-Qassab termed the opportunity as priceless. “It provided us with tremendous practical experience in building satellites.” “My association with the “DhabiSat” enhanced my skills and knowledge, especially in control systems and direction-finding.” “I associated with several projects, which included preparing satellite safety reports for global launch companies, mechanical systems for satellites, in addition to several joint scientific research with Khalifa University of Science and Technology in the field of nano-satellites.”

“This experience will help me contribute more effectively to the design, construction and operation of satellites of the National Space Science Authority so that Bahrain will be among the leading countries in this field.”

Ashraf Khater said the initiative allowed us to hone our skills in the field of micro-satellite technologies.

“We also worked on preparing simulation software for satellites structures to measures their suitability for launches and their ability to withstand the harsh environment in space.” “This is a one-off opportunity, for which I thank the NSSA and the wise directives of our leadership.