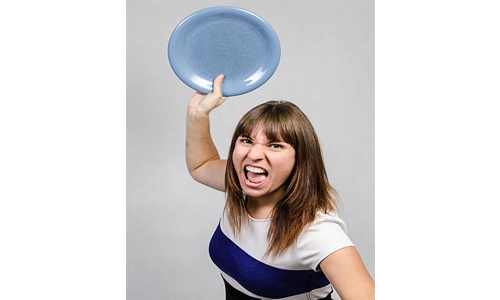 A woman charged with attacking her boyfriend with a dinner plate and causing his death had her case adjourned by the High Criminal Court to Tuesday. According to court files, the woman, an Arab national in her thirties, allegedly smashed the victim, a Bahraini man, in his face with a plate following an argument.

Even though the man survived the knock, the forceful strike dropped him unconscious with a swollen eye. The victim was then taken to a hospital by the woman herself. However, when the hospital enquired about the injuries, she claimed it was due to the man slipping and falling inside a bathroom.

Police took up the case when the victim revealed to doctors that the cut was from a plate the woman threw at his face. By then, the victim’s condition worsened from an infection, also leading to his death. During a hearing, the victim’s brother told prosecutors that the woman used to assault his brother physically and “this wasn’t the first time.”

“My brother’s girlfriend would always physically assault him,” he said. The woman, however, claimed the victim was her sponsor, and she was staying with him as requested by him. She claimed to be in Bahrain for the past three years and was a receptionist at a local hotel. Afterwards, she landed another job as an accountant. The Public Prosecution charged the woman with attacking and causing the death of a man.