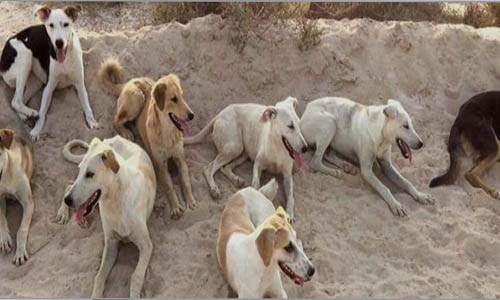 922 reports of stray dogs in Bahrain in four months

The Ministry of Works, Municipalities Affairs and Urban Planning Livestock Agency has received 922 reports regarding stray dogs from January to April. Undersecretary Dr Khaled Ahmed Hassan said that the Ministry had received 251 reports from various governorates of the Kingdom in April alone.

He explained that the total number of reports in the northern governorate, which reached 75, is the highest among the governorates in April.

The Undersecretary stressed that the Ministry is continuing its work to solve the stray dogs problem in residential neighbourhoods by contracting with a private veterinary clinic to implement sterilisation and surgical castration of dogs caught from various residential areas to limit their reproduction.

He explained that the reporting process has been developed so that it has become electronic round the clock to keep pace with official efforts in the digital transformation of services provided by government agencies.

Dr Hassan emphasised that the Livestock Agency had prepared a plan for a project to address the stray animals problem, which focused on the need for civil society participation in cooperation with relevant NGOs.

Two Asian men jailed for swindling woman out of BD2,000 over phone scam