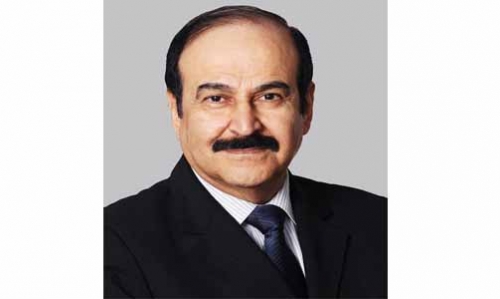 Bahrain’s transition to electric vehicles is starting to accelerate, with the Kingdom appointing a consultant to determine the infrastructural cost.

Dr Abdul-Hussain Mirza, the President of the Sustainable Energy Authority, said the Kingdom is working on the cost associated with realising the transition.

He said the Ministry of Industry, Commerce and Tourism had prepared guidelines to enable faster adoption of electric vehicles by ensuring safe, reliable, accessible and affordable Charging Infrastructure and eco-system. “The government is planning to implement a technical regulation as early as July to allow importing such vehicles,” added Dr Mirza.

The developments came during a press briefing on the National action plans for renewable energy and power efficiency. The National Communication Centre, in cooperation with the Sustainable Energy Authority, held the press conference.

Dr Mirza said the authority is studying the possibility of using hydrogen as a fuel for motive power. As of 2019, there are three models of hydrogen cars publicly available in select markets. Toyota Mirai is the first mass-produced dedicated fuel cell electric vehicle.

The other two are Hyundai Nexo and the Honda Clarity.

Explaining, Dr Mirza said there are three different production process for hydrogen production. The greener way is to make hydrogen by splitting it out of the water using electrolysis.

The process produces hydrogen and oxygen, where hydrogen is captured as fuel and release oxygen as environmental friendly waste. The second method works by splitting hydrogen and CO2 out of natural gas and is called Blue hydrogen.

In use here is either Steam Methane Reforming (SMR) or Auto Thermal Reforming. The CO2 is captured and then stored through a process called Carbon Capture Usage and Storage. Another method of hydrogen production is by using electrolysis.

Hydrogen thus produced is called yellow, where electrolysis is achieved solely through solar or nuclear power. Bahrain, Dr Mirza said, will focus on green hydrogen, where the byproduct is oxygen.

Dr Mirza said that many local and international companies are seeking to invest in renewable energy production.

During a recent meeting held by the authority, several companies had expressed their interest in investing in installing solar roof panels for government buildings. In total, 535 buildings are there in the Kingdom that could run on solar power.

Dr Mirza said, “The Sustainable Energy Authority, along with the Education Ministry, launched a tender for installing solar energy systems in eight government schools as a pilot project.”

These schools have over 20 buildings selected to install solar energy systems in exchange for a tariff that the bidding companies put on the tender, provided it is lower than the government tariff.

The move is to lower the cost of electricity for these school by about 30%, added Dr Mirza. The government will not incur any expenses as the winning company is financing and maintaining it for 20 years.

The authority, Dr Mriza said, is moving ahead with the process of allocating land for installing solar energy systems. The requirement is that systems thus installed should produce 50 megawatts or above from an area of 10 thousand square meters.

Dr Mirza revealed that many companies are looking forward to participating in this national initiative, especially wind power generation.

In a deal with Tamkeen, banks

The authority, Dr Mirza said, had also signed deals with Tamkeen and seven banks in the Kingdom for cooperation in this sector. On the National Renewable Energy plan, Dr Mirza said the authority is currently organising six training courses.

The total number of people benefitting from this programme has reached 314, of which 224 were successful. Job opportunities “These training programmes also created new and promising job opportunities for nationals,” said Dr Mirza, adding that the aims to improve efficiency by 6% and increase renewable energy use by 5% by 2025.

The National Energy Efficiency plan had resulted in achieving 70% of the renewable energy target. “Several projects are on the anvil which would come into effect the current and next year.” “To overcome the space constraints, the authority is taking advantage of building rooftops.

The plan is to use unoccupied spaces in infrastructure projects by installing solar panels on water tanks, service corridors for water distribution pipelines, and integrating renewable energy solution in bridges and recreational facilities - gardens and parks.

He said that a green building guide is launched as part of 22 initiatives in the National Plan to Raise Energy Efficiency. “This would save around 230 million Bahraini dinars annually.” All these initiatives, Dr Mirza said, “will contribute to reducing the cost of electricity and water for citizens in future.” The total electricity production in Bahrain is about 3,920 megawatts per day from natural gas stations. Solar energy, waste and other similar sources are an alternative to gas, where its optimal use will limit gas to major strategic projects.

He said that the total value of the investment in renewable energy reached 820 billion dollars last year. “This would rise to $2 trillion over the next two years.” “Many countries have zero carbon emission targets, and renewable energy is an alternative to fossil energy.” On this note, he pointed out that Bahrain is looking forward to achieving its international commitments related to the environment and renewable energy by reducing emission level down to 1.2 - 2% range.

He also pointed that the economic vision of Bahrain calls for diversifying energy sources and sources of income. “Bahrain is committed to achieving all of that,” stressed Dr Mirza.