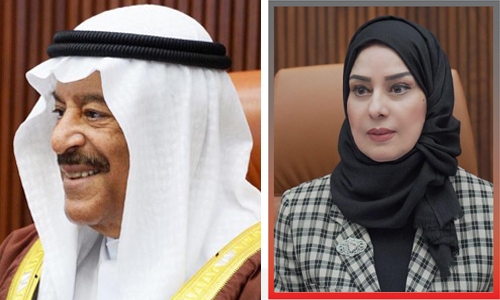 He praised the royal reform approach which laid the bases of democracy and modern state. and commended the unflinching royal support to the legislative branch which enabled it to perform its national role in passing legislation and modernising laws in tune with the kingdom’s growth.

Following a meeting yesterday with HM the King during which HM was presented with the report of the committee in charge of replying to the royal address at the opening of the third session of the fifth legislative term, the Shura Council Chairman described the royal addresses as roadmaps for Bahrain’s growth and prosperity.

He commended the comprehensive royal vision and valuable directives to promote the development march and boost the kingdom’s growth and prosperity.

The Shura Council head praised the royal directives as a beacon for the legislative branch to achieve the royal aspirations, promote the national legislation system and preserve achievements.

He stressed that citizens are the real asset of the nation and the pivot of sustainable development.

Al Saleh expressed utmost pride in meeting HM the King and listening to his directives stressing that the royal directives are an incentive to multiply efforts and build on previous legislative achievements brought about over 19 years.

He also affirmed continuous cooperation between the legislative branch and the government led by His Royal Highness Prince Salman bin Hamad Al Khalifa, the Crown Prince and Prime Minister.

The Shura Council chairman commended the keen interest of HRH the Crown Prince and the Prime Minister in bolstering cooperation between the executive and legislative branches.

He praised his continued directives to the ministers and officials to promote constructive dialogue and cooperation to reach a consensus on national issues.

Pillar of development: Speaker Zainal Representatives Council Speaker Fawzia bint Abdullah Zainal commended the royal directives, describing them as the pillar of sustainable and comprehensive development in the Kingdom.

She praised the royal support to the legislative branch and keenness on continued reform and advancement to serve the nation and citizens and upgrade the legislative and monitoring system.

Speaking following a meeting yesterday with HM King Hamad, the Speaker stressed that the royal addresses represent a roadmap for more work and achievements.

She lauded the forward-looking royal vision which brought Bahrain many pioneering accomplishments and enhanced its status at all levels.

Zainal also praised continuous cooperation between the legislative branch and the government and affirmed the Representatives Council’s keen interest in serving the nation and citizens and boosting cooperation with all institutions.