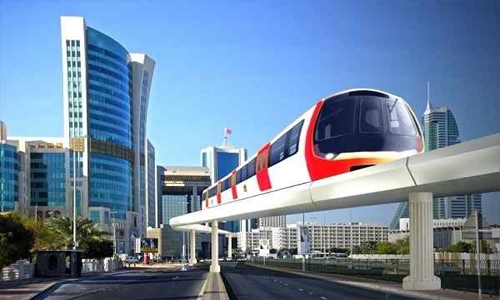 The $2 billion Bahrain Metro project was introduced for the first time yesterday to international investors and developers during a virtual workshop organised by the Ministry of Transport and Communications.

Senior officials including Finance and National Economy Minister Shaikh Salman bin Khalifa Al Khalifa took part in the online event entitled “Bahrain Metro Market Consultation.” It introduced the project and presented the most important findings of previous studies including technical, financial and legal aspects, in preparation for launching a global tender and bidding process for the qualification of developers.

The project will be implemented in partnership with the private sector. It will cover a total area of 109 kilometres with four transit lines to be developed in phases. Phase one will be made up of two lines with an estimated length of 28.6 kilometres.

These will include 20 stations with two interchanges and will link Bahrain International Airport as well as major residential areas, commercial areas and school districts.

The project will surely improve the quality of life of citizens by providing a fast, comfortable, reliable and sustainable transportation system in the Kingdom.