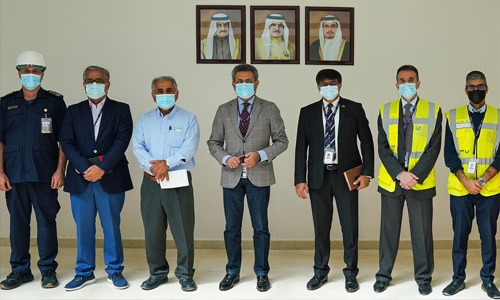 Upon completion, the complex will help cement the Kingdom of Bahrain’s position as a prominent and advanced hub for aviation fuel supply services in the region and will contribute to advancing sustainable economic growth in the country in line with the goals of Bahrain Economic Vision 2030.

During the visit, the Executive Director of the project and a member of the Board of Directors of the Bahrain Airport Jet Fuel Company, Engineer Abdul Majeed Al Qassab, explained the latest developments in the project and the safety measures that are strictly applied to ensure that the complex adheres to the highest international standards.

Al Banfalah praised the great progress made by the project as the final stages of the complex are currently underway, and the necessary tests are being conducted, as well as the operational processes tested before the actual operation begins.

He said that the necessary testing phase and the operational processes are proceeding smoothly as planned, which would help determine the aspects that need to be developed before the start of the operation.

Al Banfalah expressed his happiness with the overall progress and the efforts of the work team to bring this very important project to the advanced stages today, stressing that the most important priority is to ensure that it will start safely and efficiently according to the set plans.

“The aviation fuel depot complex is an essential part of the Bahrain International Airport modernisation programme, as it will add significant value to the airlines’ business by facilitating fuel supply and maintenance at the airport,” said Al Banfalah.

“It will also contribute to promoting the growth of the air transport, logistical services, and oil and gas sectors in the Kingdom, as well as its role in laying the foundations for a more sustainable and diversified economy in line with the objectives of Bahrain Economic Vision 2030. 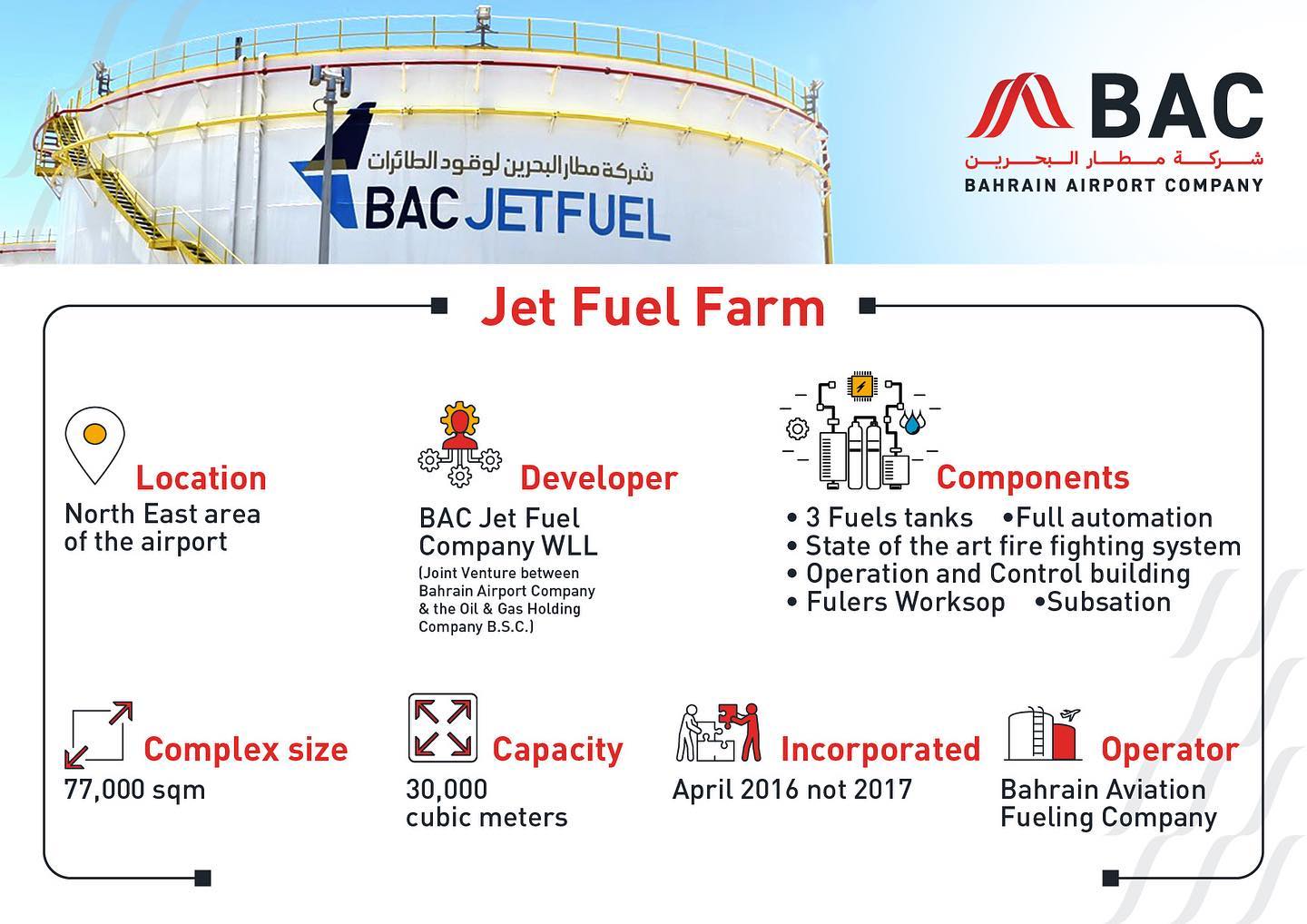 The complex includes a number of aviation fuel depots with a total capacity of 30,000 cubic metres and extends over an area of 77,000 square metres, including buildings designated for operation and services.

It is also equipped with the most advanced security and safety features and the latest aircraft servicing technology.

The complex will provide aircraft with fuel through a modern pipeline network covering the entire expanded operating areas at Bahrain International Airport, thus contributing to enhancing the airport’s ability to keep pace with the expected increase in operations and to overcome any challenges, as well as supporting the Kingdom’s vision to assume a prominent position as a regional hub for jet fuel services.