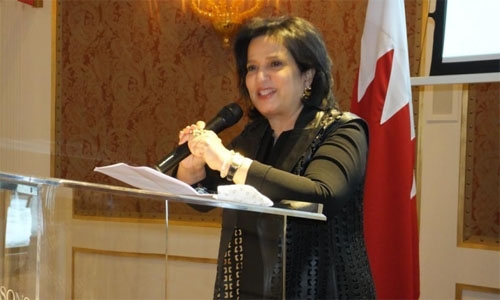 The election, which many international publications accused as a “scam”, was won by its current Secretary-General Zurab Pololikashvili.

Shaikha Mai was the only candidate to challenge Pololikashvili, as other potential candidates failed to submit their applications.

The election was brought forward from its usual date in May to January and the submission of candidatures from end March 2021 to November 17, tightening the nomination and campaign timeframe.

Shaikha Mai said the move failed to give member countries sufficient time to approve candidacies and made it difficult for candidates to carry out appropriate election campaign.

The decision created “an atmosphere that did not reflect fair competition between the candidates,” accused Shaikh Mai. The date change also caught many others by surprise including two UNWTO chiefs who served for 20 years.

Francesco Frangialli (from 1998 to 2010) and Dr Taleb Rifai (from 2010 to 2017), published a vitriolic statement denouncing the change of election date.

The election took place on January 19, the second day of the two-day UNWTO 113th Executive Council meeting in the Spanish capital.

The Council has 35 members representing 20% of the 159 members of UNWTO.

The UNWTO General Assembly planned for October in Morocco will have to confirm the result. Shaikha Mai, the first woman vying for the UNWTO top post, said, “despite the result, I am happy to have represented Bahrain in the global event.”

“I extend my sincere thanks and gratitude to His Majesty King Hamad bin Isa Al Khalifa and His Royal Highness Prince Salman bin Hamad Al Khalifa, the Crown Prince and Prime Minister, for honouring me with their trust,” added Shaikha Mai.

Shaikha Mai also thanked the Ministry of Foreign Affairs and the National Communication Center and the countries that supported her candidature.

“I will continue to work locally, regionally and globally to support the tourism sector and upgrade the tourism cultural infrastructure to achieve the Sustainable Development Goals and boost local communities,” Shaikha Mai said.