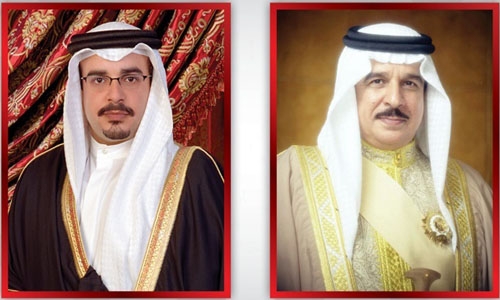 The award recognises HM King Hamad’s decades of steady leadership and meritorious contributions to expanding Bahrain’s deep partnership with the US and HM’s extraordinary courage and efforts to support regional and global stability.

HRH the Crown Prince and Prime Minister stressed that the award confirms the special status that HM the King has with the US President.

The recognition is also a source of further pride in HM the King’s leading contributions and initiatives at various levels to enhance global peace and security and to consolidate the values of tolerance and respect among all people, HRH Prince Salman said.