Three Asians held for stealing BD2,300 worth of gold in Juffair | THE DAILY TRIBUNE | KINGDOM OF BAHRAIN 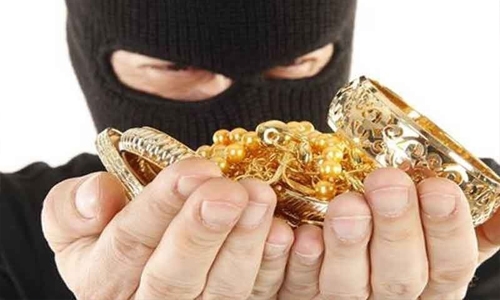 Three Asians held for stealing BD2,300 worth of gold in Juffair

The Criminal Investigation Police arrested three Asians, aged 34 to 45 years, for stealing gold jewellery worth approximately BD2,300 from an apartment in Juffair.

The Director-General of the General Department of Criminal Investigation disclosed that one of the suspects broke into the building while his two companions helped him carry out the crime.

As soon as the police received a report of the incident, they began the investigation that led to the identification and arrest of the suspects.

The stolen items were seized from them. All necessary legal measures have been taken in preparation for referring the case to the Public Prosecution.