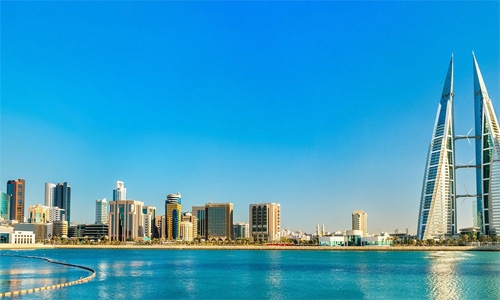 Bahrain ranked 19th in the world with ‘best’ Internet services

The International Internet Society, a non-profit organisation that sets standards and Internet policies in the world, has ranked Bahrain as 19th country in the world with the best Internet services.

The Kingdom’s classification was based on the feedback of the society’s branch in Bahrain, and the speed of its “Internet growth” in particular, as well as its reliability, sustainability and ability to meet the requirements of data preservation and exchange.

Likewise, the society based the ranking on the Internet’s performance during this coronavirus (COVID-19) pandemic, such as for work, remote study, e-commerce, and others.

Just last month, Bahrain commemorated 25 years since the Internet was first introduced in the country in 1995 and which served as a momentous day in the history of the technology and telecommunications industry in the Kingdom.

According to the bahrain.bh portal, Bahrain has been ranked fourth worldwide in the Telecommunication Infrastructure Index (TII) as per ITU reports. Everyone in Bahrain has access to mobile with a subscription rate of 140% of the total population.

Estimated Internet users in Bahrain are 98%, which is ranked third globally. The number of mobile subscriptions has reached 2.09 million lines, and fixed-line is 225,759 lines and 2.16 million Internet subscriptions. Today, the Fourth Generation (4G) network covers all territories in Bahrain.

It has finalised all preparations to launch the Fifth Generation (5G) network. Free of charge Internet access is available in most of the public areas in Bahrain such as at touristic areas, public malls, and public facilities. In line with the Digital Empowerment initiative, all educational institutions in Bahrain are connected.

Internet access is provided to all students and tutors at public and private schools in Bahrain, as well as universities and other educational institutions. The Bahrain branch of the International Internet Society also received a “megabit” rating that guarantees its distinction among 19 branches of the society spread around the world.

This allows the Kingdom to expand its activities and highlight its progress in various fields of information and communication industry, digital products and electronic services.

The president of the World Internet Society-Bahrain Branch, Ahmed Atiyah Al Hujairi, said that the advanced global assessment obtained by the society’s branch in the Kingdom reflects the development of the Internet industry in the country.

It is due to the efforts of the government and the relevant bodies in the Ministry of Transportation and Communications, the Information and eGovernment Authority and others, as they invest in this field, particularly in increasing, promoting and developing the Internet as infrastructure in global technology to enrich people’s lives and a useful force in society.

Al Hujairi noted that the leading global reputation of the Internet sector in Bahrain would shed more light on the opportunities emerging from this sector, which has become a major component of the Fourth Industrial Revolution and its basic applications, such as artificial intelligence, the Internet of things, and others.

This is in addition to the fact that the Internet sector in the Kingdom has become a decisive factor in the development of the other sectors including education, health, industry, tourism, transportation, among others.

The International Internet Society, which has offices in Washington and Geneva, boasts a membership base that includes more than 130 organisations and more than 55,000 individual, as well as more than 90 branches around the world.

My dad is the best there's ever been in F1: Mick Schumacher