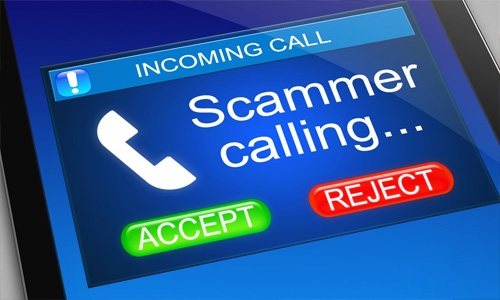 The Indian Embassy in Bahrain has warned their citizens against falling prey to phone calls from fraudulent people seeking personal information. Indians living in Bahrain have reportedly been receiving phone calls claiming to be from the embassy.

The hoaxers resort to spoofing the embassy’s landline numbers 00973-39418071 in order to convince their victims.  Spoofing is when a caller deliberately falsifies the information transmitted to a receiver’s caller ID display to disguise their identity. Scammers often use spoofing so it appears that an incoming call is coming from a certain number or spoof a number from a company or a government agency that the receiver may already know and trust. They use scam scripts to try to steal money or valuable personal information, which can be used in fraudulent activities.

“It has been brought to the notice of the embassy that some fraudsters have been spoofing embassies phone numbers 00973-39418071 and using false names in eliciting personal information like credit card details and other information, for trying to extort money from Indian nationals by claiming that there are errors in their passports, visa forms, immigration forms, etc., which could be rectified by paying money,” the embassy said in a statement.

The scammers warn that these errors, if not rectified, could result in the deportation of the individual to India or their imprisonment in Bahrain. In some cases, these fraudsters have also falsely claimed that they received such confidential information from the embassy or other authorities in India.

“The embassy or its officials do not make calls from this number to Indians or citizens of other countries,” mentioned the statement. “We, therefore, advise members of the Indian community not to entertain any suspicious telephone calls made in the name of the Embassy of India. They are also advised not to reveal any personal information or transfer any money in response to such calls. Please bring such matters to the notice of the embassy through the email ID cons.bahrain@mea.gov.in.”