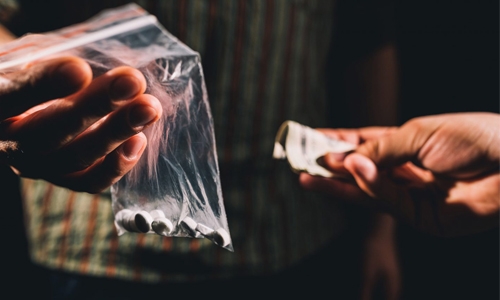 A Bahraini court jailed a woman for five years and fined her BD3,000 for dealing with narcotic and psychotropic drugs in the kingdom. The Bahraini citizen in her fifties, the Fourth High Criminal Court found, was sending the substance to her contact in another country.

Police, during a raid, seized more than 100 grams of the psychotropic substance from her residence.

The prosecution accused her of dealing with psychotropic substances “methamphetamine” and diazepam as well as using it.

Anti-Narcotics Department made the arrest based on a tip-off received saying that a woman was engaged in promoting narcotic drugs and psychotropic substances in the kingdom.

Based on the information, the department formed an investigation team to confirm the authenticity of the information and obtained a warrant to search the home of the suspect.

The search, held with female police officers, at the woman’s residence, resulted in seizing a bag containing the crystal substance.