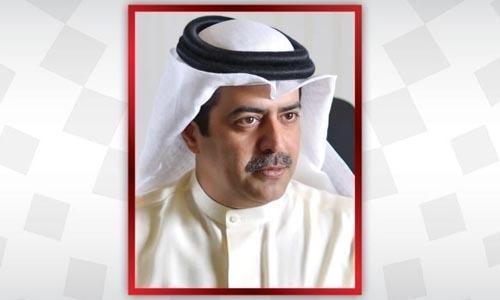 Labour Market Regulatory Authority (LMRA) Chief Executive Officer Osamah bin Abdullah Al Absi has praised the decision of Attorney General Dr Ali bin Fadhel Al Buainin to establish an Anti-human Trafficking Prosecution. Also chairman of the National Committee to Combat Trafficking in Persons, Al Absi stressed the committee’s support to the decision and its full readiness to co-operate with the prosecution in assisting the victims. He pointed out that the Anti-human Trafficking Prosecution was a new achievement for Bahrain in combatting this crime.

Dr Al Buainain had recently announced the establishment of a new specialised Pros- ecution Unit to be housed within the Public Prosecution. The announcement follows decision 34/ 2020 to set up a Prosecution of Trafficking in Persons dedicated to investigating the crimes stipulated in Law 1/ 2008 regarding combating trafficking in persons or related to it in any other law.

This includes forced labour, withholding wages and crimes committed under the laws of the Labor Market Regulatory Authority, the regulation of tourism, beggary and homelessness, and other crimes affecting human rights and freedom in which exploitation may arise in the form of trafficking in persons.

Under the decision, members of the newly established prosecution will follow the procedures outlined in the anti-trafficking in persons law related to the victim’s legal rights, care and protection in co-operation and coordination with the relevant authorities, initiate and follow up cases at courts of various degrees, and review judgments issued therein.

He added the move would also accelerate the process of re- dress for the victims and granting them their rights after punishing the perpetrators. Al Absi affirmed that the decision proves anew the kingdom’s ongoing efforts to improve the work environment and combat human trafficking, be it at the local or international level.

He pointed out that the kingdom’s unrelenting efforts in this respect have earned it international trust, being a model to emulate in combatting trafficking in persons.