; Kingfish is back on Bahrain's menu! | THE DAILY TRIBUNE | KINGDOM OF BAHRAIN 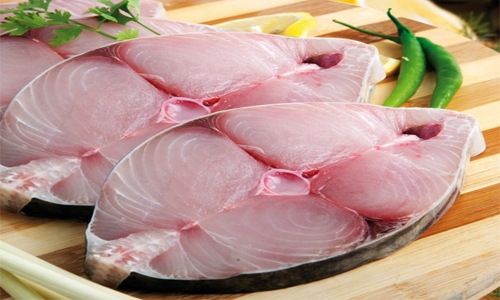 Bahrain’s favourite seafood is back on the menu after authorities lifted the two-month ban on fishing Kingfish today. The ban had come in to effect on August 15. Kingfish are popular among gourmets for their pleasant flavour, moderate oiliness as they are also easily adaptable to a variety of cooking methods. The ban, meant for replenishing the fish stocks, had effectively wiped out kingfish off the menu here as any violations also attracted penalties as stipulated in Decree-Law No. (20) of 2002.

In a statement issued yesterday, the department appreciated the cooperation and commitment of fishermen in abiding by the regulations meant for replenishing fish stocks in the kingdom. Officials explained that banning fishing during the breeding season was the best scientific method to preserve fish stocks. Announcing the ban, Agriculture and Marine Resources department at the Ministry of Works, Municipalities Affairs and Urban Planning earlier explained the decision aims at increasing the fish stocks, regulating fishing, achieving a balance within marine life.

The ban follows a GCC decision to ban fishing of Kingfish, which belongs to the mackerel family, by nets from August 15 to October 15 of each year in all of the GCC countries, starting 2015.

A healthy young person may not get COVID vaccine till 2022