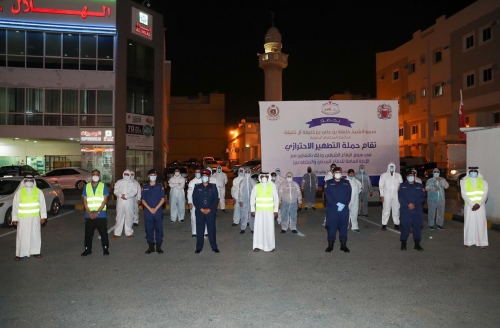 The initiative is in line with the keenness and follow-up of Southern Governor His Highness Shaikh Khalifa bin Ali bin Khalifa Al Khalifa and in support of the governorate’s efforts to strengthen preventive measures in cooperation with security departments. The campaign was conducted by a team of volunteers under the supervision of relevant authorities.

The Southern Governor praised the existing community partnership and the efforts of security officers and volunteers, stressing that precautionary sanitisation campaigns come within the spirit of enhancing awareness and applying the necessary preventive measures in the COVID-19 fight.