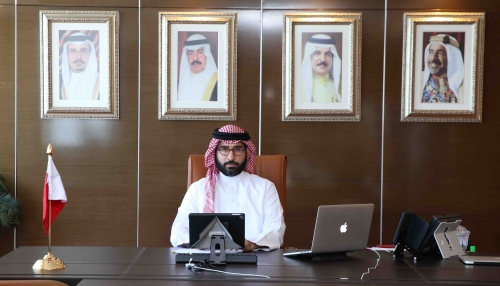 Minister of Youth and Sports Ayman Bin Tawfiq Al Moayyad held a virtual meeting with Dr. Jamal Mohammed Saleh, Chairman of the advisory committee to establish the society for sports medicine and sciences and committee members.

The minister praised the great experiences of the chairman and members of the committee and the high potentials that they would harness to reach the goals for which the committee was formed, wishing them success in laying the ideal foundations for the establishment of the society.