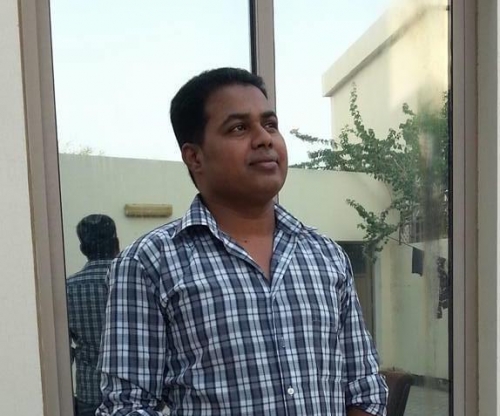 TDT | Manama
A gas cylinder exploded at a residential building in Al Sehla early morning yesterday leaving one person dead.
The explosion was heard at a radius of around one kilometre in the Sehla area.
The Ministry Interior confirmed the incident on its Twitter account and identified the victim as a 39-year-old Asian national.
Santy Excavation and Construction company officials later identified the deceased as Muhammad Jinnah, an employee of them for over 10-years.

He was working as a document controller for the establishment, said Ramesh Ranganathan, the company’s MD, who was among the first respondents at the scene of the accident.
Muhammad is survived by his wife and a child.