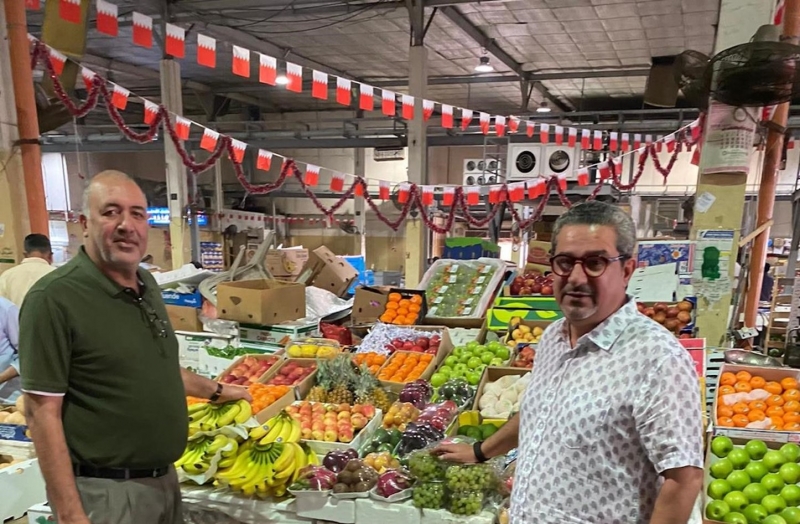 Thirty trucks and two cargo planes loaded with food arrived in Bahrain yesterday. This was confirmed by Bahrain Chamber of Commerce and Industry Food Wealth Committee head Khalid Al Ameen. He said that the arrival of several tonnes of all kinds of fruits, vegetables and other foodstuffs indicated that suppliers in Bahrain are ensuring the import of adequate food supplies to cover the country’s needs. Al Ameen yesterday conducted a tour of Bahrain’s markets along with businessman and fruits and vegetables importer Redha Al Bustani.

Al Ameen acknowledged the abundance of fruits and vegetables in the local markets. Al Ameen noted that large shipments were due to arrive in Bahrain from the Netherlands next week. He asked people to stop panic-buying as there is enough food stock for everyone in the country for at least the next six months. He had pointed out yesterday that Jordanian authorities have lifted the ban on their export of fruits and vegetables more than a week following the issuance of a decision to ban supply.

Industry, Commerce and Tourism Minister Zayed R Al Zayani had stressed recently that the ministry is in constant coordination with relevant authorities to ensure that goods and products are continually available in Bahrain’s markets. Al Zayani assured that food and commodities in the Kingdom remain abundant, and noted that there is no need to purchase large quantities of goods other than what is needed. The minister further assured that all food stores are prepared to deliver products when required, and that the supply of medicine and food remains a top priority