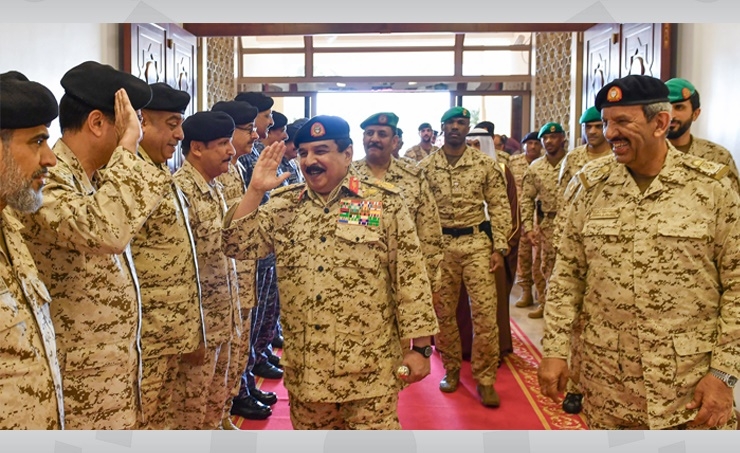 HM the King was informed about the tremendous health efforts exerted by the BDF to confront the Coronavirus (COVID-19), as part of the nationwide campaign to combat the virus that is targeting the entire world.

HM King Hamad expressed thanks and appreciation to the BDF for its noble contributions and the readiness of its medical services to provide medical facilities that are equipped with the latest health supplies for examination, treatment and preventive measures through qualified and specialised medical personnel to prevent the spread of COVID-19.

HM the King affirmed that the health situation in the Kingdom is reassuring, noting that many cases, including citizens and residents, have already been discharged and gone back home safety after completing the quarantine period and receiving the His Majesty being received at BDF General Command. necessary health care.

Turkey to host Germany and France at migrants summit