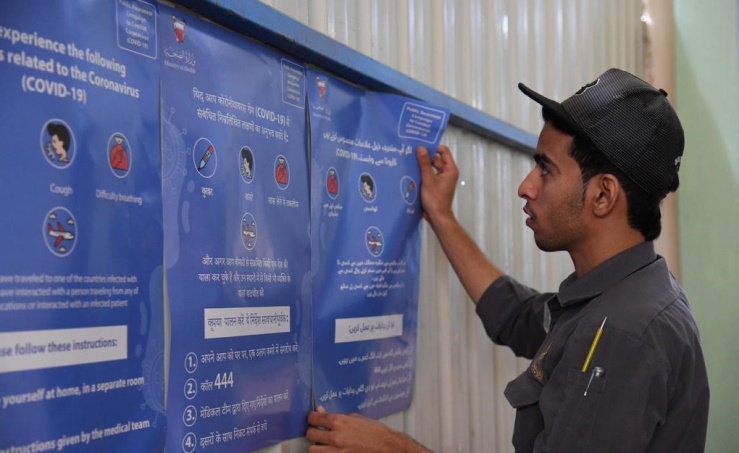 According to the directive issued by the esteemed cabinet during its weekly regular session, chaired by His Royal Highness Prince Salman bin Hamad Al Khalifa, Crown Prince, Deputy Supreme Commander, First Deputy Prime Minister, regarding assigning the Sunni and Jaafari Endowments Departments to contribute to The National Awareness Campaign for the New Corona Virus as Covid 19, and based on the letter from His Excellency the Minister of Justice, Islamic Affairs and Endowments, the Department initiated the distribution of awareness posters issued by the national campaign to combat the emerging Corona Virus to mosques, funerals and sensory Intentions in various regions of Bahrain.

The head of the Ja’fari Endowments, Mr. Yusef bin Saleh Al-Saleh said that the Ja’fari Endowments Department has formed a working group to follow this directive consisting of three sections: media and public relations, the research and mosque affairs department, and the engineering and maintenance services department to distribute these posters quickly according to the guidance in order to contribute to Public health promotion.