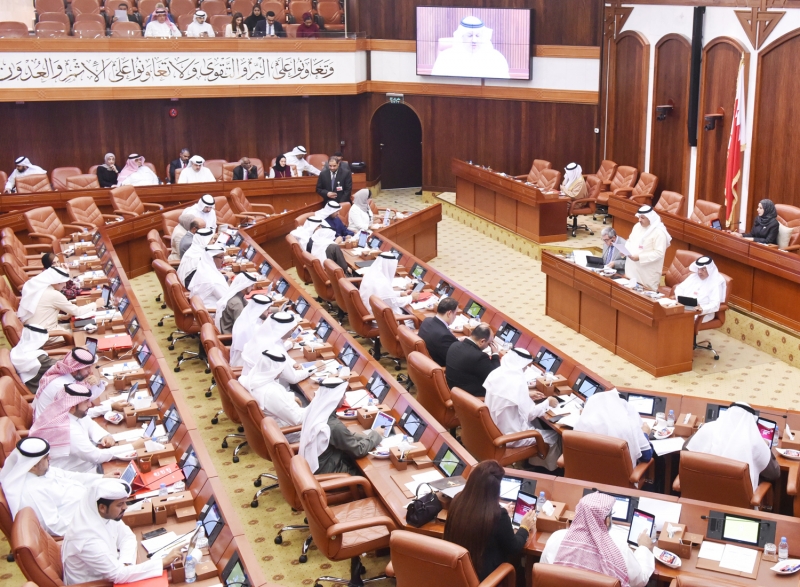 There are at least 1,000 Bahrainis strand - ed in the Iranian city of  Mashhad alone, according to a Bahraini lawmaker. MP Khalid Buanq said there would be a higher number of Bahrainis in the country when other cities are as well considered. This came as the lawmakers discussed a proposal to restrict Bahrainis who are infected with Coronavirus from entering the Kingdom.

Some lawmakers even opined that infected Bahrainis should be asked to wait until they recover before being allowed to enter the Kingdom. MP Mohammed Al Sisi said that those infected that are returning from Iran pose a threat to the health of those living in the Kingdom. MPs also suggested that Iran is withholding  real numbers of coronavirus and deceiving other countries as part of their biological warfare against countries in the region.  Tribune yesterday reported a prominent Bahraini analyst group suggesting that Iran’s covering up of the real number of cases of coronavirus in the country contributed to the spread of the disease regionally.

Iran’s assertion that it only has less than a 100 cases of coronavirus is misleading and gave pilgrims and visitors from the region a false sense of security, according to Bahraini analyst group Citizens For Bahrain. “The excessive secrecy and deliberate hiding of data from international health officials has allowed rates of infection to spiral out of control,” the group stated. “Iran’s Health Ministry on 24 February claimed that the total number of infections was 61, with 12 deaths. However, a Qom deputy asserted that the death toll was at least 50. Experts point out that such a death toll in reality probably means that thousands of people are already affected; hence the numbers of foreign pilgrims returning from Qom to their home countries and spreading the disease further afield. “There are reportedly also growing numbers of cases in other cities across Iran, suggesting that the disease is already way out of control,” it stated. Iran’s deputy health minister, Iraj Harirchi, who spearheaded the country’s efforts to contain the coronavirus, has contracted the illness, the Health Ministry said on Tuesday, renewing concerns about the spread of the virus in the country. Iran is one of the five countries that Bahrain has placed a travel ban on. All cases of coronavirus in the Kingdom involve individuals who have returned from Iran.

Meanwhile, the Ministry of Health has announced it will arrange medical examinations for all citizens and residents who have visited the Islamic Republic of Iran during the month of February, as part of comprehensive precautionary measures that have been activated in light of the spread of the Coronavirus disease (COVID-19), in line with the National Campaign to Combat Covid-19. The Ministry of Health urged all returning citizens and residents to call 444 to schedule medical examination dates as soon as possible