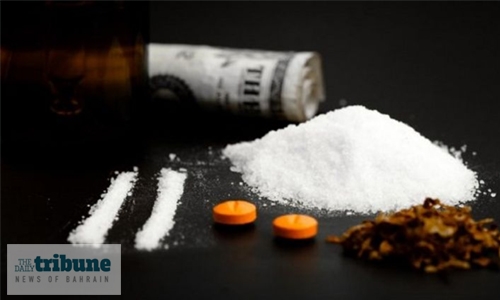 The First Supreme Court of Appeals has upheld the jail terms awarded to a group convicted of smuggling drugs into the Kingdom hidden in buses carrying pilgrims from Iraq and Syria. The record haul of 76,000 Captagon pills, where a single pill can fetch between $10 and $20, was found hidden in specially-made compartments in the bus.

The ensuing investigation resulted in busting the seven-member gang, who were allegedly running the largest trafficking network of Captagon pills in Bahrain and the GCC. The First High Criminal Court charged them with abusing, trafficking and possessing drugs that included methamphetamine, Captagon and hashish earlier this year.

Interior Ministry’s Anti-Narcotics Department busted the gang following a tip-off received that they are smuggling narcotics on buses carrying pilgrims returning from Iraq and Syria.  The investigation led to police identifying one of the gang members, a bus driver who had just returned Bahrain from a pilgrimage in Syria.

He later confessed that he received BD500 in return for committing the crime.  Police also arrested another gang member from Juffair with various types of drugs.  He revealed that he was charging BD10,000 per trip for smuggling drugs on buses returning to Bahrain from Saudi Arabia with pilgrims.

The second suspect also revealed his brother’s involvement in the crime ring.  Police then descended on the home of the third suspect, brother of the second suspect, and found 18,000 pills of Captagon in addition to SR70,000 (BD7,000) in cash.   Further investigation led to the arrest of the rest of the gang members from areas including the camping site in Sakhir and Damistan village near Hamad Town.

Police seized around 100,000 Captagon pills from all the seven suspects. On January 7 this year, the Public Prosecution accused them of abusing, trafficking and possessing drugs that included methamphetamine, Captagon and hashish. The First High Criminal Court gave four of the gang member a five-year jail term and a fine of BD3,000 each.

The second suspect received immunity from prosecution for cooperation with the police and passing information that led to the arrests of the other suspects.

The court, however, gave him a one-year jail and a fine of BD1,000 on drug abuses charges, along with another suspect. The seventh defendant received prison terms of six months and a fine of BD100 for abusing narcotics.

52 years ago, Bahrain went from left to right