52 years ago, Bahrain went from left to right | THE DAILY TRIBUNE | KINGDOM OF BAHRAIN 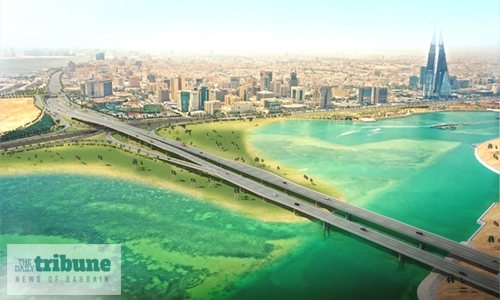 52 years ago, Bahrain went from left to right

Fifty-two years ago, on 17 November 1967, the world suddenly turned upside down in Bahrain. Or rather it went from left to right. On that day, like its neighbours, Bahrainis started driving on the right-hand side of the road for the first time, abandoning the well versed left-handtraffic system. With only less than 18,000 cars on its roads at that time around, the shift went smooth, thanks to months of planning, hard work and long hours of duty by the Traffic department.

In fact, in the run-up to the D-day, traffic department had to deal with an awful lot of issues starting with repainting road markings to relocating bus stops and traffic lights and redesigning intersections, lanes and one-way streets. An awful lot of work, it was! The idea was to remain on the same side of the road as the rest of the regional neighbours. The question, however, is, to accomplish what? By doing so, what Bahrainis would have possibly gained, especially when there is zero road link between the Kingdom and its GCC neighbours.

The answer, however, is “a LOT and maybe a bit more”. The wide-ranging transport changes were to make Bahrainis ready behind the wheels, for that thrilling moment, for that ride of a lifetime, a few years after, across the Gulf of Bahrain. Yes, you heard it right. The shift to the right was Bahrain making a big step for the opening of its new terrestrial link to the region beyond its borders, where the right-hand traffic is the norm.

It paid off well, on 26 November 1986, after 19 years, when Bahrainis began driving across the Gulf of Bahrain to neighbouring Saudi Arabia. The investment in planning and logistics helped avoid confusion among drivers on the big day.

How it all started?

The idea was put forward by His Majesty King Saud bin Abdulaziz Al Saud during one of his visits to the Kingdom at the invitation of his brother Sheikh Salman bin Hamad Al Khalifa in 1954. Their highnesses thought such a link would bring more prosperity and freedom to the people on both sides of the Gulf of Bahrain. And there were right.

The rest is history. Though preparatory works began in 1965, a deal to start the construction was signed only 16 years after on 8 July 1981. From there on, works went on a war footing. On 11 April 1985, Shaikh Khalifa bin Salman Al Khalifa, the Prime Minister of Bahrain, pressed the button to install the final part of the box bridges.

Finally, on 26 November 1986, the causeway was officially inaugurated, giving wings to Bahraini dreams. And after long 33 years, the 25-kilometre long network of bridges and causeways still serves it purpose connecting Al Jasra, west of Manama and Al Aziziyah, south of Al Khobar in Saudi Arabia.

Humongous, isn’t it? According to King Fahd Causeway authorities, the increase is so crazy that it has almost become humanly impossible to manage the entry point control and checking operations. To understand better, let’s take a look at some of the causeway stats. In 1986, only 65,112 vehicles entered the King Fahd Causeway from Bahrain side. That number peaked to 679,152 in 1987, 1,383,445 vehicles in 1999 and 5,892,155 in 2018.

Reports also show a total of 118,000 passengers crossed the causeway in both directions on 18th June 2018, yet another record. Figures furhter show that 2,918,993 people used the 25-kilometre causeway, a daily average of more than 94,000 people in August. The previous crossing record was set in July 2018 when 2,821,640 people travelled over the causeway. As they say, records won’t hold long, when it comes to King Fahd causeway.

Clearly, the four-lane project, realised at a cost of US$800 million using 47,000  metric tonnes of reinforced steel and 350,000 m3 of concrete, is now fighting hard to cope with the tremendous growth in traffic.  Even though several programmes were executed or are on their way to raising their efficiency and management, traffic delays is becoming a daily affair.

Despite the record figures, vehicles needed an average o f 23 minutes to cross the 25-kilometre during peak hours. But know that when it opened, it was the fourth longest causeway in the world, and the longest outside the United States.

Yet another upside down?

Now after 33 years, as the King Fahd causeway continues to serve its purpose policymakers are yet again preparing to turn the world upside down. Or rather heralding another shift from roadways to railways. Another monumental task! In fact, things have already started rolling.

Named King Hamad Causeway, the project upon completion will have four road lanes and two rail tracks running parallel to the King Fahd Causeway. The 75-kilometre railway will link the proposed freight yard at Khalifa Bin Salman Port to the existing railway line in Dhahran passing by the proposed King Hamad International station in Ramli area in Bahrain.

The passenger terminal at King Hamad International station in Ramli will be connected to the passenger terminal at Bahrain International Airport and other commercial and residential areas in the Kingdom through the proposed Bahrain metro network. The four lanes road of the new causeway will also increase the capacity of the existing King Fahd Causeway, and resolve the traffic congestion problems.

The freight yard located near Khalifa Bin Salman Port will facilitate the transportation of 600,000 containers and 13 million tons of bulk freight, which will boost the commercial operations at the port and make Bahrain a major logistics hub.

While the existing bridge was built for US $800 million, the new one, which runs parallel to it, is expected to cost around $3.5 billion. The contract for the new causeway’s consultancy work has been awarded to a consortium comprising of AECOM, KPMG and CMS, as well as other specialist firms for US $8.9 million.

They will work on the financing as well as the design aspects of the link. The Ministry of Transportation and Telecommunications in Bahrain, the Ministry of Transport in Saudi Arabia and the King Fahd Causeway Authority will execute the project jointly. According to a feasibility study, the project, based on a public-private partnership model, will achieve considerable financial and economic benefit for both countries once it becomes operational.

“The railway movement of products has become an urgent necessity, particularly as the region witnesses fast-developing rates of commercial activities, urbanism and demography,” a report said quoting business community in Bahrain.