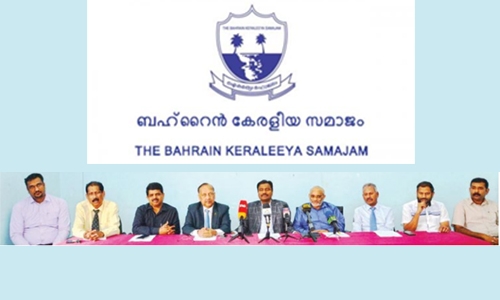 The Indian Community in the Kingdom is planning to host a grand civic reception to His Holiness Swami Vishudhananda of Sivagiri Madam, who has received Padmashri Award from the President of India, on 21st November 2019 at 7.30 pm, said Bahrain Keraleeya Samajam (BKS) President P V Radhakrishna Pillai and M P Raghu, General Secretary, at a press conference held at the BKS.

Swami Vishudhananda is the new president of Varkkala Sivagiri Madam. Many Kerala politicians including Thiruvanjoor Radhakrishnan, Member of Kerala Legislative Assembly, Kummanam Rajasekaharan, Former Governor of Mizoram and A Sampath, former Member of Parliament will also participate in the event. Many dignitaries from all walks of life will be attending the ceremony, the BKS officials said.

A committee under the leadership of K G Baburajan, CMD of Qatar Engineering Group has been constituted for the smooth conducting of the Grand Civic Reception, which will be held on 21st November 2019. A dance programme by the Malayalam Film Star and dancer Manju Warier will also be held on the same day. For more details, contact Hareesh Menon on 3398 8196 or Pradeep Patheri on 39283875.