‘Death of So and So’ a classic example of Indo-Bahraini team up: Director | THE DAILY TRIBUNE | KINGDOM OF BAHRAIN 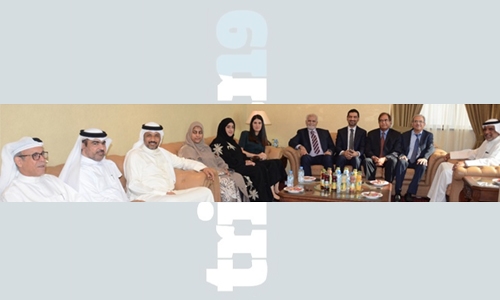 The movie ‘Death of So and So’ is a classic example of Indo-Bahraini team up, said its writer and director Ramgopal Menon. Mr Menon said the Kingdom has many talented artists and its high time to make a commercial full length feature film ‘made in Bahrain’ to release globally.

‘Death of So and So’ was previewed at Ashrafs Hall, Hoora, on 1st November, 2019, which saw over 300 film enthusiasts in attendance. Padmashri Balachandra Menon, a renowned filmmaker from India was the chief guest at the premiere show evening. He appreciated the director for developing an unusual plot narrated in a different pattern, a good viewing experience of engaging and connecting audience.

The director of photography and sound engineering technicians were Bahrainis and rest all the artists were Indian expatriates living in the Kingdom including some known stage artists and film actress Jaya Menon. The other artistes include Prashanth Menon, Krishnana Haridas, Ramanunny   Kodur, Unnikrishnana P, Vinoddas, Suresh Kaladi and Sudheer Kaladi Nithyashree etc. Mr Balachandra Menon has offered roles for these artists in his upcoming feature film projects.

Speaking to Tribune, Mr Ramgopal Menon said: This is my fourth short film fully shot in BAHRAIN.The last one was Mindscape which was received Best film award in ICRF film festival held in 2018.T “This film was again selected and invited to participate in Kochi Metro film festival to be held in Dubai under South Indian film star Mohanlal.

“So I had to make a short movie to partake in the festival. Since it’s a GCC level competition I thought of doing a different subject away from the usual themes that talk of Indian diaspora’s common issues.”