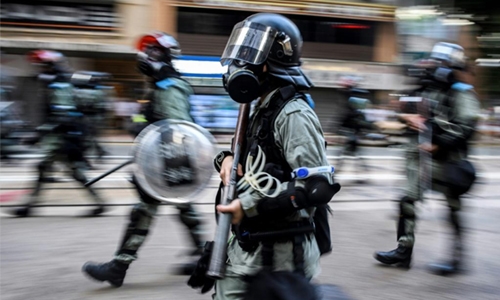 A Hong Kong student who fell from a car park while police and protesters were clashing last weekend has died, hospital officials said Friday, in a development likely to further escalate tensions after months of violent rallies in the city. Alex Chow, a 22-year-old computer science undergraduate, was certified dead at 8.09am on Friday, Queen Elizabeth Hospital said.

Chow was taken to hospital in an unconscious state in the early hours of Monday morning following late-night clashes between police and protesters. He was found lying unconscious in a pool of blood inside a car park that police had fired tear gas into after protesters hurled objects from the building.

The precise chain of events leading to Chow’s fall are unclear and disputed, but he has been embraced by the fivemonth-old protest movement and his death could trigger renewed clashes as the city braces for another weekend of rallies. Chow was a student at Hong Kong University of Science and Technology.

The college was holding its graduation ceremony Friday morning, and university head Wei Shyy paused the proceedings to announce Chow’s death and observe a moment of silence.