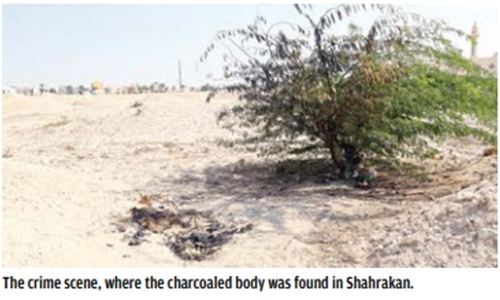 Concerned authorities have intensified their efforts to solve the puzzle of a charcoaled body, which was found in the Northern Governorate, the Daily Tribune has learnt.

The body’s identity is yet to be uncovered while the authorities are probing into the possibilities of a murder or a suicide. Sources told The Daily Tribune that the initial probe has revealed that the body could be that of an Asian man. The body was found near a cemetery in Shahrakan.

Forensic were called to examine the body and declared that the initial pieces of evidence confirm that there was a crime behind it.