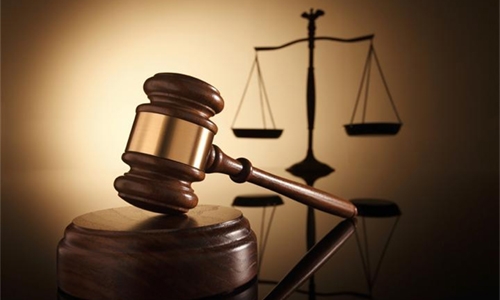 A GCC national attempted to murder his son-in-law and attacked his wife, the High Criminal Court heard. The defendant reportedly took the victim by surprise and he stabbed him several times before assaulting his wife. He attributed his actions to receiving a call from someone who revealed to him that his wife was dating another man.

However, investigations revealed that the man didn’t receive any phone call. And it was found that he had issues with his wife, as a result of which he carried out the attack, according to Prosecutors. A medical report attached to the court files revealed that the defendant stabbed his son-in-law’s neck and cut his ear, which was later surgically sewed.

“There are so many problems between us and several ongoing cases filed against each other,” the wife began in her statement before the Public Prosecution. “At that night, I was sitting with my child in my apartment. And suddenly he broke in and attacked us,” she added. The GCC man denied murder attempt, alleging that his second son-in-law was the one who called him and revealed to him that his mother was cheating on him.

“He told me that whenever the man comes he would call me and open the door for me. He did and when I arrived he came to me and gave me a knife. “I entered the bedroom and saw a man laying on the bed and he was fully covered with a blanket. I directly stabbed him and I was shocked to find that this was my son-in-law,” the man claimed.

Such claims were later dismissed after it was discovered that the man didn’t receive any phone call before heading to the apartment. The defendant was charged with attempted premeditated murder.

‘Akhand Path’ set to be held