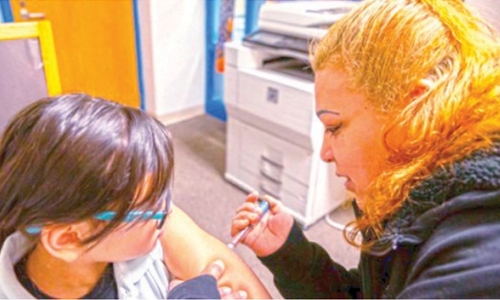 A Bahraini lawmaker has submitted a proposal demanding the Government to allocate more nurses at public schools around the Kingdom, considering the “large numbers of nurses who opted a golden handshake under the Early Retirement Programme”. This was submitted by MP Bader Al Dossary, who is the Deputy Chairman of the Foreign Affairs, Defence and National Security Committee in the Council of Representatives.

Mr Al Dossary demanded the government, represented by Health Ministry, to urgently provide more male and female nurses at all public schools in the Kingdom. The lawmaker stated that “there is a shortage of health staff at schools, especially nursing staff, due to the retirement of many of them within the early retirement scheme that was recently launched by the government”. He also claimed that public schools are witnessing a shortage in the numbers of nurses.

Mr Al Dossary said that the implementation of his proposal would contribute to the protection of students and curbing the spread of diseases among students. “This proposal, in case the government responds to it and is implemented by the Ministry of Health, which is concerned with providing a nurse in all public schools with the provision of the necessary equipment of first aid and others, would enhance school health and protect students safety,” the MP commented.

Mr Al Dossary added, “This would also reduce pressure on health centres and hospitals, as well as reduce the frequent absences of students due to transmission of diseases and infection and eliminate them before spreading in schools, which will contribute to increase the healthcare provided to citizens, which is guaranteed by the Kingdom’s Constitution and the government’s action plan.”

As per Article 86 of the Constitution, which stipulates that “in all cases which a bill is approved, the President of the Consultative Council shall refer the approved bill to the Prime Minister so that he submits it to His Majesty the King”, the proposal will be voted upon by the 40-member council, before it could be referred to the second branch of the Legislative Authority (Shura Council) before being referred to the government.