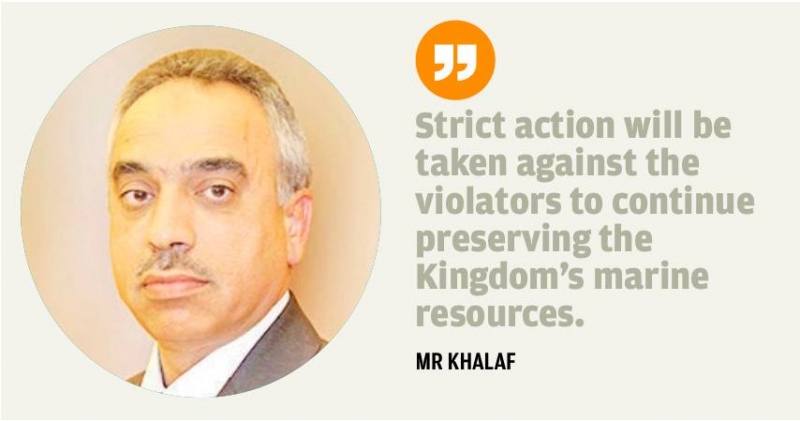 Works, Municipalities Affairs and Urban Planning Minister, Essam Khalaf, has called for opening up broader partnership with the private sector to increase the marine wealth in the Kingdom through supporting fish farming by exploring the latest technologies.

This came as he received Agriculture and Marine Resources Undersecretary, Shaikh Mohammed bin Ahmed Al Khalifa, who introduced to him the newly-appointed Director of Fisheries, Adli Abdulrahman Ali Al Ansari.

The minister wished Al Ansari every success in carrying out his new duties, noting that marine wealth is among the vital sectors that enjoy the government’s constant interest, given its strategic importance in achieving food security in the country. He stressed the need to continue preserving the Kingdom’s marine resources through taking action against violators.