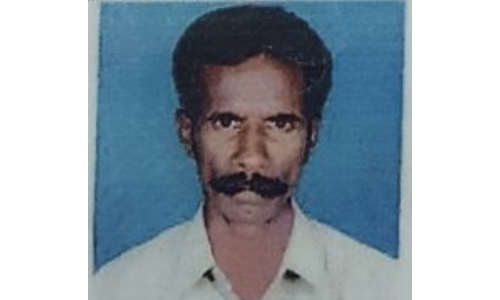 Wait not yet over for stranded expat in Bahrain

Manama : Udair Karuppaiah, an Indian expatriate who has been living illegally in Bahrain for the past two years, is still waiting to be repatriated to his home country after his Saudi sponsor abandoned him in the Kingdom.

“The Indian Embassy officials in Saudi Arabia had assured that they will send me back home in a month after clearing my dues. But, it has been more than a month now and I am still stuck at the same house in Budaiya,” said Karuppaiah who came to Saudi Arabia seven years ago to work for a Saudi sponsor for SR900 (BD90).

Karuppaiah was brought to Bahrain by the Saudi sponsor on a visit visa for three months in 2015, and since then he has been stranded in Bahrain.

“I have no money on me at all, and there is no response from the immigration or the embassy. I called my sponsor several times. He wasn’t picking up my calls. I sometimes work as a servant in some houses and manage to earn BD3-4 and that’s how I manage my food. Some days I don’t even manage that,” he said.

“I just want to go back home. Hope the officials understand the difficult state I am in,” Karuppaiah added.

A campaign to fight rising fish prices in Bahrain