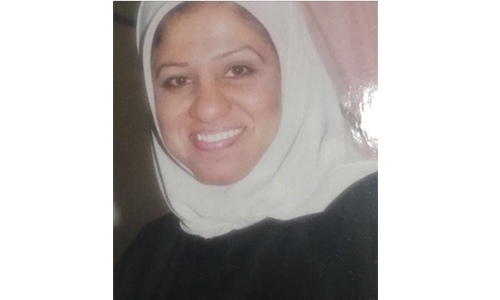 Manama : The Fourth High Criminal Court today sentenced ten men involved in the death of a Bahraini teacher and the injury of her three children in East Eker last year.

The sentences included death penalty to one defendant, life imprisonment to another and three years to the remaining, in addition to revoking the citizenships of two of them.

The explosion caused the death of Fakhriya Muslim, 42, while she drove near the site along with her three children.

Shrapnel from the bomb penetrated her head causing her to crash her car into an iron barrier in the middle of the road.   Three of her children who were with her in the car were injured. Muslim died before her children’s eyes.

As a result of intensified investigations, the suspects were soon identified and arrested. In the interrogation, they confessed to receiving military training by the Iranian Revolutionary Guard.

Terror Crimes Prosecution Head Advocate General Ahmed Al Hammadi said in a statement issued here today that “the defendants were charged with premeditated murder, communication with a foreign state, possession and acquisition of explosives and weapons without authorisation, use of explosives resulting in the death of a human, endangering public and private transportation, and training on the use of weapons and explosives to commit and participate in terrorist crimes”.

Perez to remain as Real Madrid president until 2021