Achieving peace through sports | THE DAILY TRIBUNE | KINGDOM OF BAHRAIN 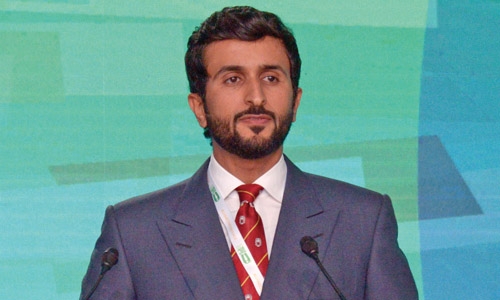 Shaikh Nasser made the statements while  heading the Bahrain’s delegation at the 10th Peace and Sport International Forum, held in Monte Carlo under the patronage of Prince Albert II of Monaco.

Addressing the gathering, Shaikh Nasser said that the passion for sport crosses boundaries of sect, nationality, gender and religion, creating an effective and efficient vehicle for peace.

Shaikh Nasser quoted the example of Kelly Smith, Homare Sawa, Sergio Aguero, Zinedine Zidane, Pele and Mesut Ozil stating that it is the passion towards sports that unites them.

“Apart from representing some of the best footballers of all times, they all possess a true passion for sport despite their diverse backgrounds and upbringings. As a sportsman, this is what sport continues to teach me, and this is what sport can teach millions around the globe,” he said.

Shaikh Nasser thanked  His Serene Highness Prince Albert II, and Joel Bouzou for their outstanding support for the great cause to activate sport as an enabler for peace.

“Through sport, we can nurture a culture of hope, respect, dedication, discipline, and diversity. We must work together to give our people a foundation for their dreams,” he said.

The forum, organised under the theme ‘Peace at stake, change the world through sport’, included representatives of sports, politics, economic, private sector, NGOs and academia.

The event was concluded with a documentary presentation featuring the winners of the Sport and Peace Award. Minister of Sports Al Jowder, as well as several senior officials from the Kingdom was among the Bahraini delegation in the forum.