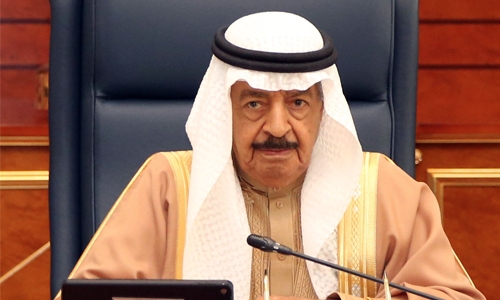 Manama : His Royal Highness Prince Khalifa bin Salman Al Khalifa the Prime Minister has departed heading the Kingdom of Bahrain's delegation on behalf of His Majesty King Hamad bin Isa Al Khalifa to participate with the leaders and heads of delegations of the Member States in the Asia Cooperation Dialogue (ACD) Summit in Bangkok, Thailand.


His Royal Highness the Prime Minister was seen off upon departure at the Sakhir Airbase by senior officials and the Consul of Thailand to Bahrain.