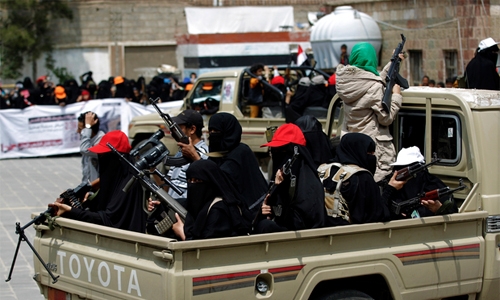 Abu Dhabi : The United Arab Emirates said on Wednesday that there were injuries among civilian crewmen of a vessel hit by Yemeni rebels in the strategic Bab al-Mandab waterway last week.

The foreign ministry did not say how many were wounded in the Friday night attack but said they were receiving treatment in the UAE.

The UAE military had previously said there were no casualties in the attack in the busy shipping lane that links the Suez Canal and the Red Sea with the Gulf of Aden and the Indian Ocean.

The ministry identified the vessel as the HSV-2 Swift, a high-speed catamaran which it said had been chartered from the Abu-Dhabi-based National Marine Dredging Company.

It said the ship is "civilian" and "does not have any military capability," although the vessel has previously been leased by the US Navy and operated with a mixed military-civilian crew.

The ministry condemned the "heinous attack" which it said had "serious repercussions for the freedom of navigation."

The UN Security Council too strongly condemned the attack in a statement on Tuesday.

"The members of the Security Council take threats to shipping around Bab al-Mandab, a strategically important shipping passage, extremely seriously," the statement said.

"The members of the Security Council called for such attacks to cease immediately and urged necessary steps to be taken to de-escalate the situation."